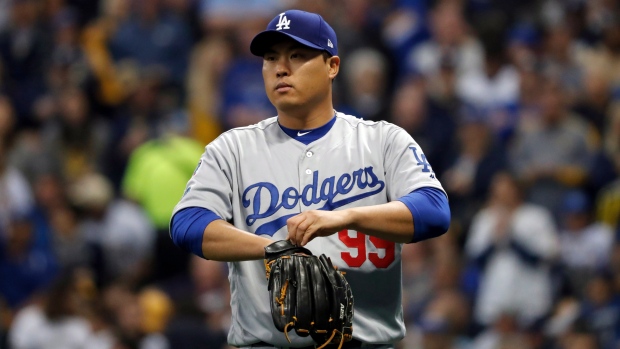 The Toronto Blue Jays are among the teams with interest in left-handed starter Hyun-Jin Ryu according to Jon Heyman of the MLB Network.

Blue Jays are among teams in on Hyun-Jin Ryu. Second place Cy Young finisher has been a bit under the radar so far.

Heyman adds the second place Cy Young Award finisher's market has been a but under the radar so far this winter as both Cole Hamels (Atlanta Braves) and Zack Wheeler (Philadelphia Phillies) signed deals with new teams Wednesday.

Toronto's reported interest in Ryu lines up with a report from TSN's Scott Mitchell, who says the Jays have touched base with just about every other pitcher on the free agent market from Wheeler on down. However, Mitchell added later on Wednesday in a column that the team does not appear likely to sign the 32-year-old southpaw. Mitchell also reported Wednesday the Jays have "checked in" with 6-foot-7 starter Michael Pineda.

A native of Incheon, South Korea, Ryu has spent all six of his big league seasons with the Los Angeles Dodgers. In 125 starts, he has a career ERA of 2.98.