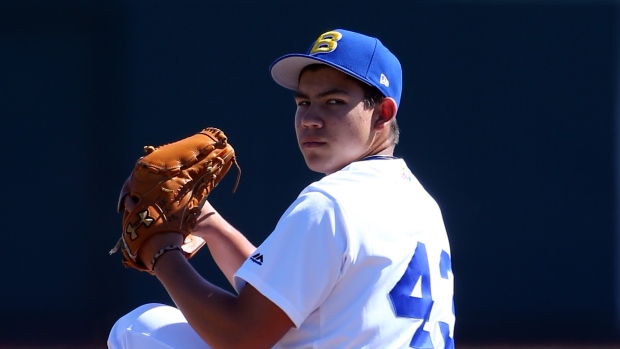 Toronto Blue Jays pitching prospect Eric Pardinho had Tommy John surgery on Tuesday and will be out until 2021 according to Ben Badler of Baseball America.

Eric Pardinho, one of the Blue Jays top pitching prospects, had Tommy John surgery today. Will be back in 2021.

Pardinho, 19, split last season between the Gulf Coast League Blue Jays (rookie ball) and the single A Lansing Lugnuts. He impressed in limited action, pitching to an ERA of 2.15 in eight games.

A native of Lucelia, Brazil, Pardinho was ranked as the 84th best prospect in baseball heading into last season. MLB Pipeline ranks him as the Jays' fifth-highest prospect.