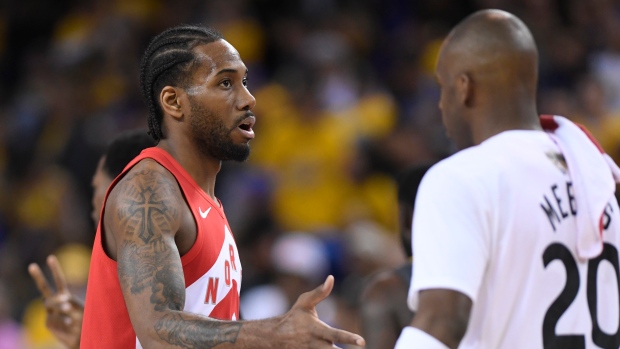 Kawhi Leonard told ESPN on Wednesday he was very close to picking either the Toronto Raptors or Los Angeles Lakers before the Clippers made it an "easy" decision for him to sign by acquiring Paul George.

However, according to Joe Vardon of The Athletic, the Raptors believe Leonard used the team as leverage during his negotiations in free agency. He adds though that the team never felt misled by the NBA Finals MVP.

Leonard, who called Toronto's celebration of the NBA title the "best parade ever," thanked the team during his introductory news conference with the Clippers.

"I want to think the Toronto Raptors fans — I don't have social media so I'm not able to put out a paragraph or whatever," Leonard said. "Thanks all of Toronto, the city, the country. It was a great, amazing season."

Leonard, who joined LeBron James and Kareem Abdul-Jabbar as the only players to win Finals MVP with two different teams this spring, said he is hoping to repeat the feat of winning a franchise's first title with the Clippers.