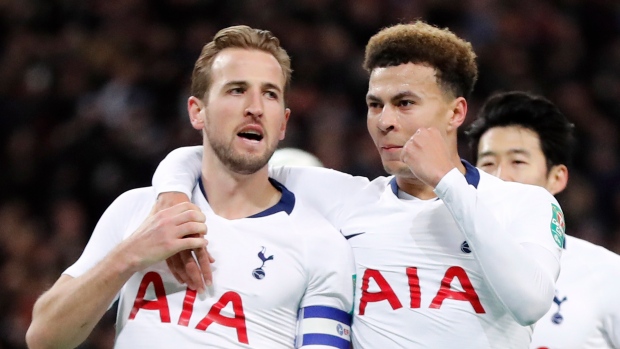 Dele Alli's frustrating season continued on Sunday when he wasn't part of the Tottenham Hotspur squad that beat Sheffield United 3-1, but he's hoping for a way out.

Fabrizio Romano reports the England midfielder is pushing for a loan move to Paris Saint-Germain to link up with former manager Mauricio Pochettino.

Dele Alli is *not* in the squad today. He wants to leave Tottenham, still pushing to join Paris Saint-Germain on loan. Talks on - Spurs are not convinced yet... but PSG won’t give up on this deal as reported on Thursday. 👀🏴󠁧󠁢󠁥󠁮󠁧󠁿 #THFC #Spurs https://t.co/ufdHfSTurT

Romano reports that negotiations have proven to be difficult with Spurs reluctant to let the 24-year-old Milton Keynes native leave.

In his sixth season with Spurs since a move from boyhood club MK Dons, Alli has found himself marginalized by manager Jose Mourinho. Alli has only made four league appearances thus far this season with a vast majority of his usage coming in Europa League action.

Alli was a favourite of Pochettino's with the Argentine having been in charge of Spurs for five seasons.

Spurs currently sit fifth in the table, four points behind leaders Manchester United. They return to action on Jan. 25 with a visit to Championship strugglers Wycombe in FA Cup action before a key Premier League match on Jan. 28 at home to defending champions Liverpool.