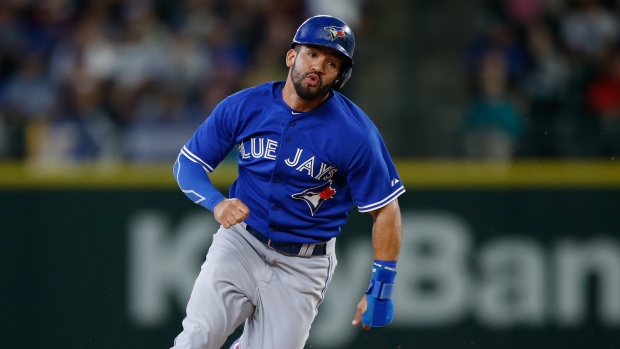 Pitcher Francisco Liriano, who was hit in the head by a comebacker in Game 2 of the ALDS, is dealing with a mild concussion, Blue Jays head trainer George Poulis said Saturday.

Liriano was substituted for right-handed pitcher Danny Barnes on the Jays' ALDS roster later Saturday. He will eligible to return after seven days if he's cleared by a league medical director.

Per #MLB, Liriano can return anytime after seven days and if he's been cleared by league medical director. #BlueJays #ALDS #Rangers

So, if the seventh day is Friday, Liriano could return by Gm2 of ALCS at the earliest. #BlueJays #MLB #ALDS #Rangers

Travis was a late scratch for Game 2 of the ALDS against the Texas Rangers due to "right knee irritation."

Travis, 25, had been dealing with a shoulder injury leading into the playoffs. He has one hit and has scored two runs in 10 at-bats this postseason. Darwin Barney started at second base in his place in Game 2, which the Jays won 5-3.

Liriano, 32, posted a 2-2 record and a 2.92 in the regular season with the Blue Jays after being acquired on deadline day. He was credited with the win in the Blue Jays wild-card game against the Baltimore Orioles after allowing no runs in 1 2/3 innings pitched. He allowed two hits against the Rangers before being forced to exit.