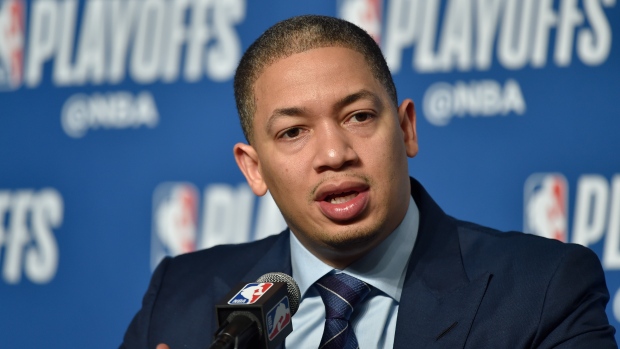 Former Cleveland Cavaliers head coach Tyronn Lue has agreed to a deal to join the Los Angeles Clippers as the top assistant coach on Doc Rivers' staff according to The Athletic's Shams Charania.

Multiple reports from last week indicated that Lue and the Clippers were likely to reach a deal.

Lue, 42, had widely been expected to become the head coach of the Lakers earlier this year, to reunite with LeBron James with whom he won the 2016 NBA title as coach of the Cleveland Cavaliers, following the firing of Luke Walton. But Lue and the Lakers couldn't come to an agreement and the team subsequently hired Frank Vogel with Jason Kidd as his top assistant.

In parts of four seasons as the head coach of the Cavs, Lue posted a 128-83 record, reaching three NBA Finals. He was fired by the Cavs after an 0-6 start to last season's campaign.