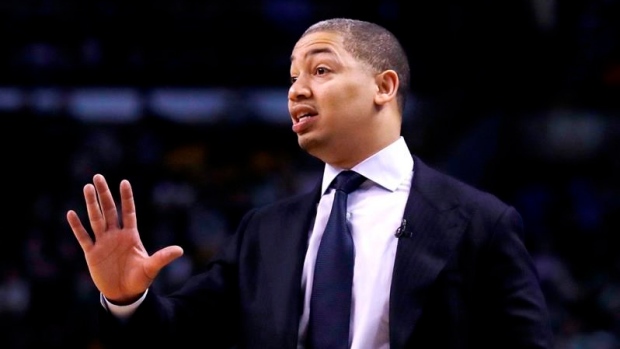 Tyronn Lue has completed his sitdowns with the Los Angeles Clippers and the New Orleans Pelicans about their coaching openings according to Marc Stein of the New York Times.

Tyronn Lue has completed sitdowns with the Clippers and the Pelicans about their coaching openings ... and Lue's interview for the Rockets' coaching vacancy, league sources say, will now take place this week after it was moved from the weekend

Lue is also set to interview for the Houston Rockets' coaching vacancy this week, Stein adds. The interview was set to take place last week before it was pushed back.

Lue coached the Cleveland Cavaliers for parts of four seasons from 2015-16 to 2018-19 before being replaced six games into that season.

Lue's tenure in Cleveland was highlighted by an NBA Championship in 2016 when the Cavs overcame a 3-1 deficit to defeat the Golden State Warriors.