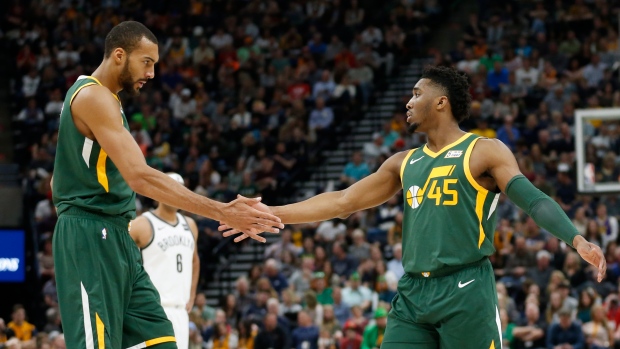 The first two NBA players known to have contracted the coronavirus (COVID-19) have been cleared of the illness.

The Athletic's Shams Charania reports that Utah Jazz duo Rudy Gobert and Donovan Mitchell have been cleared of the virus, a day after Detroit Pistons big man Christian Wood was announced to have also been cleared.

It was Gobert's condition before a March 11 game against the Oklahoma City Thunder that spurred the league's decision to put the season on hold. The game was abandoned just before tipoff and the commissioner's office announced a pause on the season only hours later.

Two days prior, Gobert jokingly handled reporters' recording devices on the table in front of him as he exited his media availability.

In a subsequent social media post, the French centre apologized for his actions and he implored others to take the virus seriously.

On Thursday, Yahoo! Sports reported that a camera operator who worked a March 7 game between the Pistons and Jazz was in a medically induced coma after testing positive for the coronavirus.