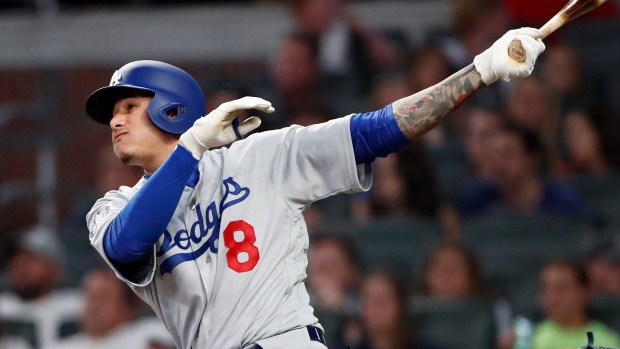 It looks like Wednesday's meeting between the New York Yankees and Manny Machado went well.

According to Bob Nightengale of USA Today, the Yankees are "enamoured" with the free agent shortstop and believe he is the perfect fit.

ESPN's Coley Harvey reports that Machado was given a tour of Yankee Stadium and met for somewhere in the neighbourhood of 90 minutes. Manager Aaron Boone and general manager Brian Cashman were reportedly both in attendance.

Jon Heyman of Fancred Sports reports that Machado scheduled in-person visits with the Yankees, Chicago White Sox and Philadelphia Phillies this week. It is unclear if the 26-year-old has received a formal offer from any of those teams.

The Athletic's Jim Bowden reported last week that Machado's first choice is to sign with the Yanks if they are willing to meet his price tag.

At just 26, Machado is believed to be seeking one of the biggest free agent contracts in MLB history. He had a career-season in 2018, hitting 37 home runs to go along with an OPS of .905. He was named to the All-Star Team for the fourth time in his career.

He spent the last seven seasons in Baltimore with the Orioles before being dealt to the Los Angeles Dodgers at the trade deadline, helping the club reach the World Series for the second season in a row.

Despite the MVP-level numbers, Machado drew criticism during the playoffs regarding comments he made to Ken Rosenthal of The Athletic saying he wasn't going to be "Johnny Hustle." He later clarified those comments by saying he doesn't believe in fake hustle. Milwaukee Brewers outfielder Christian Yelich also called Machado a dirty player during their matchup in the National League Championship Series.

Machado currently occupies the top spot on TSN's Top 50 MLB free agents board. Click here to see the rest of the list.