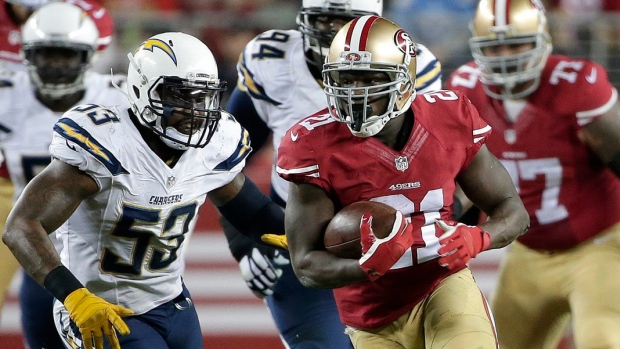 The Philadelphia Eagles appear poised to poach some talent from the NFC West once free agency opens on Tuesday, while at the same time keep some of their own.

Maxwell’s contract will reportedly be for five years and around $54 million, with as much as $25 million guaranteed.

Gore meanwhile, is expected to sign a three-year deal worth $15 million, half of which is expected to be guaranteed. And Sanchez's new deal is reportedly worth $16 million over two years, with $5.5 million guaranteed.

With Nick Foles injury last season, Sanchez appeared in nine games. The 28-year-old threw for 2,418 yards and 14 touchdowns to 11 interceptions.