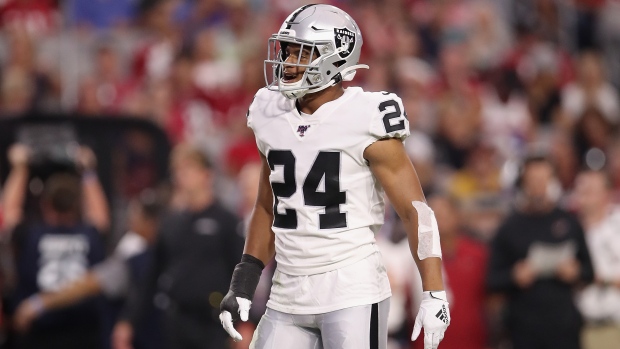 Oakland Raiders rookie Johnathan Abram is expected to miss the rest of the season with a shoulder injury, as first reported by Adam Lefkoe of Bleacher Report.

Raiders Rookie Safety Johnathan Abram tore his Rotator cuff and Labrum in the first quarter of last night’s game. He will have surgery this week...likely ending his season, per source.

Lefkoe reported Abram tore his rotator cuff and labrum in the first quarter of the Raiders' season-opening win over the Denver Broncos and is expected to have surgery later this week.

It's unclear exactly when Abram suffered the injury because he played the full game.

ESPN's Josina Anderson reported that Abram will seek a second opinion on his shoulder, but the possibility of being placed on injured reserve still exists.

My understanding is that #Raiders 1st-round pick, starting safety Jonathan Abram, will seek a second opinion/examination of his shoulder area, at this time, per source. A possibility lingers that Abram could be placed on IR as a result of his injury, source adds.

The Hard Knocks star had five tackles and one pass defence in his debut with the Raiders.