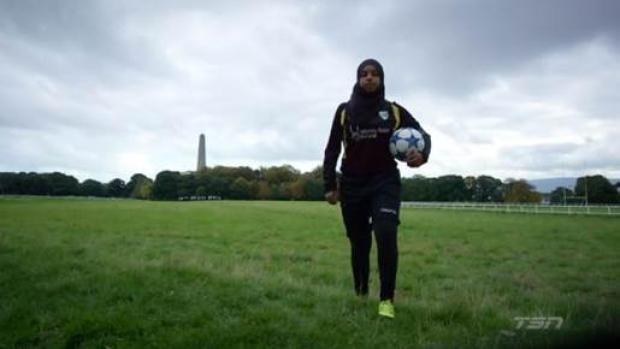 In countries across Europe, local sports organizations are harnessing the power of sport to prevent isolated Muslim youths from being recruited by violent extremist groups.

The first installment of RADICAL PLAY looks at Germany, a country that has accepted more than one million refugees since the beginning of 2015. Many of the newcomers are young, unaccompanied Muslim men. In the northern city of Hamburg, a boxing club owner and his trainers believe their sport can help encourage these impressionable new arrivals to assimilate into German society and resist the lure of extremist groups.

Part two of RADICAL PLAY is based in Ireland, and examines how young Muslim women around the world were forced to quit playing soccer when FIFA’s ban on the hijab conflicted with their religious convictions. That ban has since been lifted, paving the way for the founding of Diverse City FC, a new team in Dublin formed by a group of young Muslim women. The team is helping to dispel stereotypes about Muslims, establish new friendships, and build confidence in young Muslim women who have pledged to play a role in fighting back against extremism.

The stories in RADICAL PLAY are expanded by a long-form article written by Westhead, debuting Wednesday, March 30 at TSN.ca/RadicalPlay. This long-form TSN Original piece continues

Earlier this month, TSN was honoured with a Canadian Screen Award for Best Sports Feature Segment for TSN Original Feature THE BUTTERFLY CHILD. Produced by TSN’s Ross Rheaume, this feature introduced the world to Jonathan Pitre’s daily battle with a rare genetic skin condition called epidermolysis bullosa. THE BUTTERFLY CHILD has resonated with audiences globally, with more than 10 million views on YouTube to date.