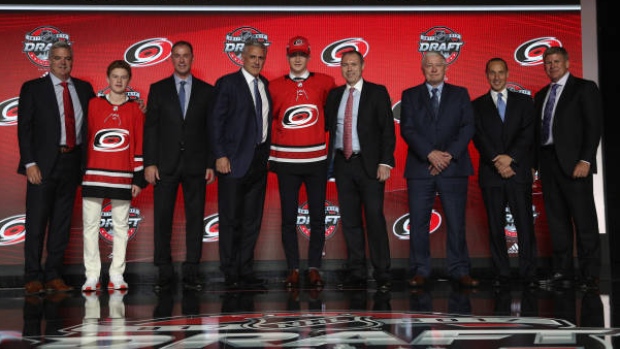 The NHL Seattle front office has announced the hiring of Ricky Olczyk as its assistant general manager.

THIS JUST IN: Ricky Olczyk has been named Assistant General Manager for #NHLSeattle!

Olczyk joins Seattle from the Toronto Maple Leafs where he was a pro scout for the 2018-19 season. He previously spent four seasons with the Carolina Hurricanes as an assistant GM alongside Seattle GM Ron Francis. Olczyk also spent six seasons as assistant GM with the Edmonton Oilers.

He was also a member of the management team for Team Europe during the 2016 World Cup of Hockey.

Olczyk's role in Seattle will involve managing the team's salary cap, overseeing player transactions and advising Francis as part of the scouting team.

"Ricky has deep hockey experience and we are delighted to have him join us. He shares our ambitions and our desire to build a winning franchise, both on and off the ice," said Francis. "His legal background combined with his hockey acumen bring a unique point of view."

Olczyk is Seattle's third hockey operations hire, joining Francis and Alexandra Mandrycky, who came over from the Minnesota Wild as director of hockey administration.

"Ricky is respected throughout the league and we're excited to welcome him to NHL Seattle," said Tod Leiweke, CEO of NHL Seattle. "Ron is working hard to build a winning team for our fans and Ricky is key to this."