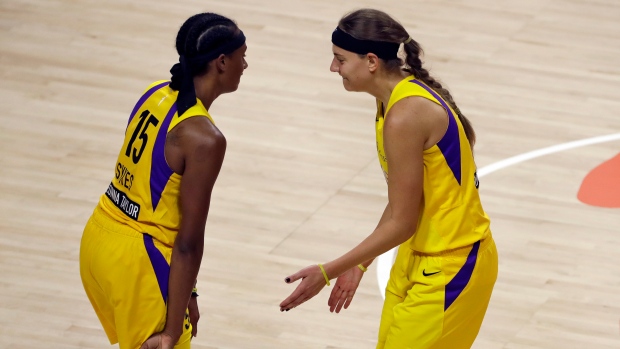 Candace Parker added 16 points for Los Angeles (6-3), which won back-to-back games for the first time this season. Parker also had four assists to move into 14th on the WNBA career list. Brittney Sykes scored 15 points and Nneka Ogwumike had 11.

Parker had 12 points and five rebounds in the first half as Los Angeles built a 51-34 lead.

Jazmine Jones scored a career-high 24 points for New York (1-7), which turned it over 26 times. Layshia Clarendon added 11 points and Amanda Zahui B had nine rebounds and 10 rebounds. The Liberty made 21 straight free throws before missing one in the closing four seconds.