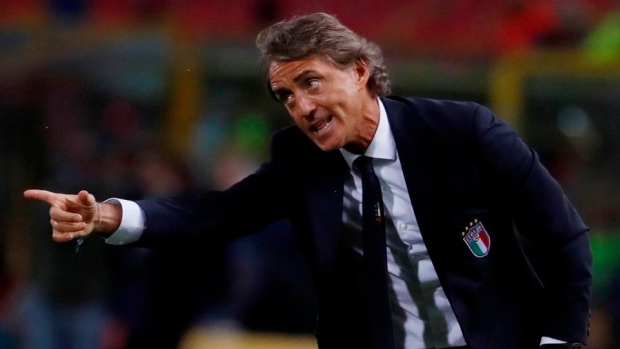 A defiant Roberto Mancini insists Italy's failure to reach the 2022 World Cup through automatic qualification won't deter his team from success in the playoffs.

Following Monday's 0-0 draw that meant Switzerland claimed Group C and automatic qualification, the Azzurri manager said his squad might even win the tournament next fall in Qatar.

"We will make it to the World Cup in March and then maybe we will even win it," Mancini said. "I am totally confident. Despite controlling matches, we're struggling to score goals at the moment. We needed to score early on tonight. It's a shame because we should have finished things off sooner in this group."

The current European champions, Italy failed to qualify for Russia 2018 after falling to Sweden in a two-legged playoff tie. Mancini says the past is no reason to panic.

"We need to rediscover what has set us apart until now and remain completely calm until March," Mancini said. "We should have won against Bulgaria and had two penalties against Switzerland. These are games that could have finished in our favour. I'm completely confident about the playoffs."

The draw for the playoffs will be held on Nov. 26.