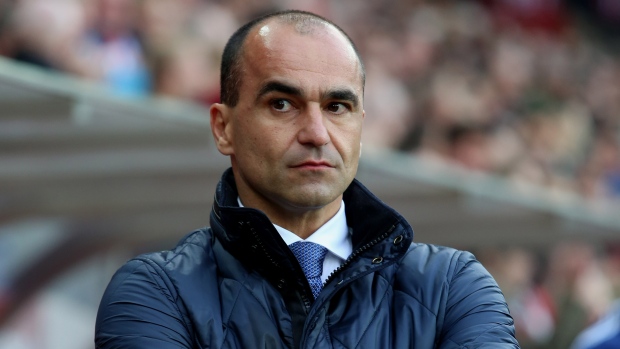 BRUSSELS — Roberto Martínez signed a new contract to lead Belgium through the 2022 World Cup in Qatar, saying Wednesday he had “unfinished business” with the top-ranked national team following the postponement of this year's European Championship.

Martínez took charge in 2016 and led Belgium to the World Cup semifinals in 2018 in his first major international tournament as a head coach. His team has been No. 1 in the FIFA rankings since the end of 2018.

With its generation of brilliant players, including Eden Hazard and Kevin De Bruyne, Belgium would have been among the favourites for Euro 2020 but the tournament has had to be pushed back a year because of the coronavirus outbreak.

Martínez's deal was due to expire this summer but he said he had no hesitation extending it.

“It would have been a real shame to break that relationship before the Euros can be played,” the 46-year-old Spanish coach said in a virtual news conference.

“It was a process of feeling that the job wasn’t finished," he added. "Almost a feeling of unfinished business.”

A former coach at Premier League teams Everton and Wigan, Martínez now has an all-embracing role with the Belgian federation because he has doubled up as its technical director since November 2018. He will continue in that position until after the 2022 World Cup, too.

Part of his remit, Martínez said, would be to help develop some of his star players — he name-checked De Bruyne, Jan Vertonghen, Axel Witsel, Dries Mertens, Thomas Meunier and Romelu Lukaku — into coaches so Belgium can stay at the top of world soccer.

“I think the real enjoyment of the two jobs,” said Martínez, who was speaking from his family home in Wigan, northwest England, "is you can approach it with bringing insight that a head coach has of the Red Devils and spread it as a technical director and be able to affect the other angles.

“It would have been impossible to do this when I arrived in 2016 but now I feel I understand all the football institutions.”

Asked whether, one day, he might have to fire himself from the coaching job, Martínez said: "I am looking forward to those hard conversations."

Belgium qualified for Euro 2020 with 10 straight wins in the group, scoring a qualifying-best 40 goals and conceding only three.

Some of the team's stalwarts, like Vertonghen (33), Witsel (31), Toby Alderweireld (31) and Thomas Vermaelen (34), might be playing their final tournament at the European Championship, and Martínez warned there could be changes to the team over the next year.

“An extra 12 months in football is an eternity,” he said. “I am sure we will see young players stepping up and pushing to try to be in the Red Devils. In the same way, we will see players out of form. That's the national environment we want.”

The next 2 1/2 years will be intense for the leading European national teams like Belgium, with matches in the Nations League, World Cup qualifying for 2022 as well as the European Championship and World Cup tournaments.

"It will probably be the most important years in our football history," said Peter Bossaert, CEO of the Belgian federation. “We wanted to do everything we could so that our team could start this cycle in optimal conditions. With Roberto, we keep not only a top coach, a true gentleman, but also the ideal ambassador for Belgian football."