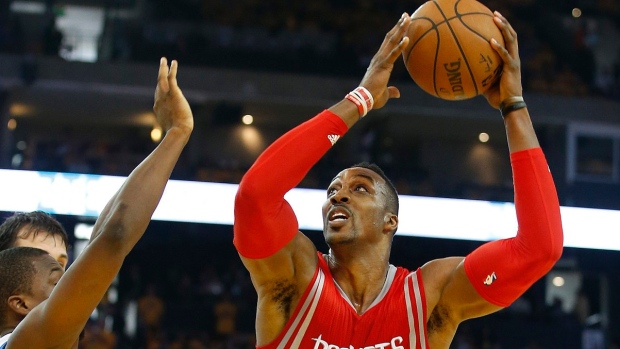 HOUSTON - Houston Rockets centre Dwight Howard was suspended without pay for one game Friday after getting his fourth flagrant foul point in the post-season.

Howard will serve the suspension in the first game next season that he is physically able to play.

The foul in Game 5 of the Western Conference finals was ruled a common foul during the game, but was upgraded to a flagrant foul 1 after a review about the league office. It came when he made what the NBA called unnecessary contact with his forearm to the neck area of Golden State's Andre Iguodala.

The Warriors eliminated the Rockets in five games.

"Playoffs are over with for us," Howard said. "We had a great run so despite whatever happened one game it's not going to take away what we did this year in the playoffs."

The Rockets were the second seed in the Western Conference and advanced to the conference finals for the first time since 1997.