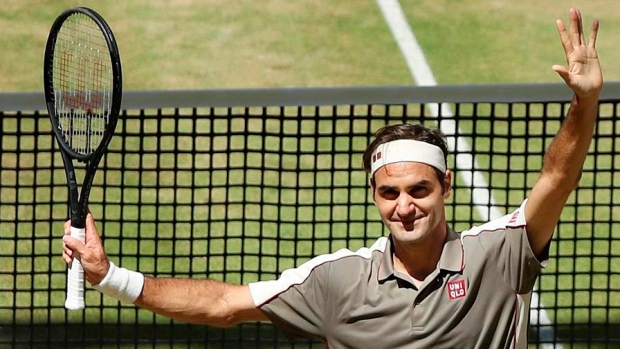 HALLE, Germany — Roger Federer set another benchmark in his remarkable career by winning his 10th Halle Open title on Sunday.

The Swiss great defeated David Goffin 7-6 (2), 6-1 to extend his record of wins at the grass-court tournament and claim his 10th at an individual event for the first time. Only Rafael Nadal had previously achieved the feat in the Open era.

Goffin, who was playing in his first final since 2017, made life difficult for Federer in the first set, forcing him to save three break points without having to face any of his own, but the world No. 3 upped his level in the tie break and maintained it from there to win his 102nd tour-level title in just over an hour.

It's Federer's 19th on grass, ideal preparation for Wimbledon, which the 37-year-old hopes to win for a ninth time.

Federer first played the Halle Open as an 18-year-old in 2000, when both his current coach, Ivan Ljubicic, and Goffin's coach, Thomas Johansson, played it, too.