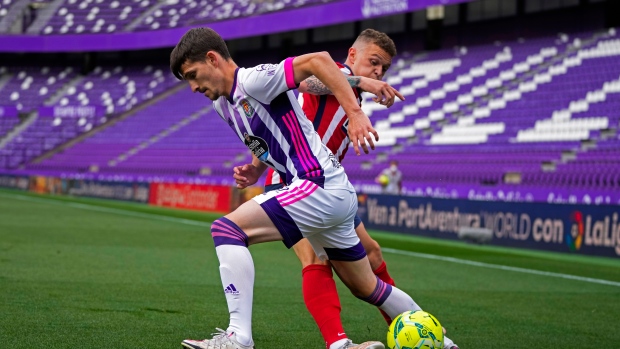 MADRID (AP) — Former Brazil great Ronaldo is planning big changes at Valladolid to make sure the team secures a quick return to the first division in the Spanish league.

Ronaldo, who became the club's majority owner in 2018, said Monday he will announce the changes in the coming days and weeks to try to make the team stronger for next season.

Ronaldo fired coach Sergio González after it lost to Atlético Madrid on Saturday to seal its relegation to the second division.

“We are considering several names,” Ronaldo said. “We will be announcing the changes as they happen.”

Valladolid finished second-to-last in the 20-team standings with 31 points from 38 matches. It went winless in its last 12 matches, losing four in a row to close the season, being outscored 11-2 during that stretch.

He said he expected fans to be even more upset than they were with the club's demotion, and dismissed criticism about him not being present as a club owner.

“I was the president who spent more time than any other president at his club during the pandemic,” the 44-year-old Ronaldo said.

Valladolid had played two straight seasons in the first division after Ronaldo took over. It finished in 13th place in 2019-20 with 42 points.