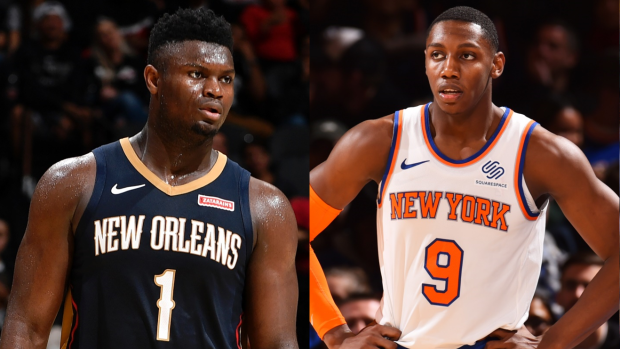 This was going to be the year for the New York Knicks.

After finishing with the worst record in the NBA, help was supposed to be on the way. The front office traded Kristaps Porzingis and three other players to the Dallas Mavericks in exchange for two first-round picks, Dennis Smith Jr. and a pair of expiring contracts, opening two max contract slots that many speculated would be used on Kyrie Irving and Kevin Durant in free agency. Irving, a native of nearby West Orange, N.J., looked to be unhappy in Boston. Duran signing in New York, the same place he moved his business offices to, was supposed to be a “done” deal. Plus, New York had the best odds in the NBA Draft Lottery, leaving the possibility open for the No. 1 pick and, by extension, the rights to Zion Williamson. The Knicks were going to get rich in the summer. It was just a question of how rich.

But none of that happened and according to multiple reports, it wasn’t all that close. Irving and Durant teamed up all right – only across the East River in Brooklyn. There weren’t any free agent superstar consolation prizes either, as Kawhi Leonard, Kemba Walker and Jimmy Butler signed elsewhere without so much as a formal meeting with the Knicks. Alternatively, New York signed Julius Randle, Bobby Portis, Elfrid Payton, Taj Gibson, Wayne Ellington, Reggie Bullock and Marcus Morris. They didn’t get Williamson either, instead selecting Mississauga, Ont., native RJ Barrett No. 3 overall.

Being appointed the new face of the Knicks is a lot to handle. Madison Square Garden has altered the legacies of several superstars and lottery picks before, so it won’t be easy for Barrett. Let alone at 19 years old. But he might just be able to handle it. RJ, the son of former Canadian Olympic Team star Rowan Barrett, has been in the spotlight for a long time now. Like in high school where he was the No. 1 recruit in the nation. Or at Duke where he led the No. 1 team in the country in scoring, pouring in 22.6 a night as a freshman. Even Barrett himself said the spotlight is what he’s always wanted.

“I’m so overwhelmed, humbled and just honoured and very thankful that the Knicks took the chance with me, that they believed in me,” Barrett said in June. “I’m so happy to be a Knick and I can’t wait to play in Madison Square Garden.”

Madison Square can’t wait for him, either. It’s been six years since the Knicks last made the playoffs. Over that span, they’ve gone 163-329, a winning percentage barely north of 30 per cent. They’re on their fifth coach in six seasons. They’ve publicly feuded with – and traded – superstars Porzingis and Carmelo Anthony. They gave Joakim Noah almost $40 million to leave the team. There was the firing of Phil Jackson. The forcible removal of Charles Oakley at home in front of 20,000 fans. And of course the famous rant from ESPN’s Stephen A. Smith once they struck out with this summer’s big names.

“We love a lot of things about this young man, starting with his tremendous competitive level and desire to want to be great as a basketball player,” general manager Scott Perry told reporters after drafting Barrett. “He’s won everywhere he’s been since he was 13 years old. He’s always sought out challenges.”

“Being the Canadian kid, I’ve kind of been doubted my whole life,” Barrett told the New York Daily News. “So I’m just used to it now.”

Can Zion be a superstar right away?

Zion Williamson has spent his whole amateur basketball career doing things nobody had ever seen before. There were the viral windmill dunks as a high schooler. There was the annihilation of his sneaker in Duke’s showdown with North Carolina in February. And that time he broke the head off a golf club on a routine tee shot. Don’t forget his ‘Superman’ block against Virginia.

His numbers at Duke were off the charts, too. Williamson averaged 22.6 points per game to go along with 8.9 rebounds, 2.1 steals and 1.8 blocks while shooting an absurd 68.0 per cent from the field. Williamson became the third freshman ever to win the Wooden Award as the nation’s top men’s player. He also took home the Associated Press Player of the Year and the Naismith Award. So the hardware is there, and so are the expectations. He only raised them by his efficiency in the pre-season, shooting an incredible 71.4 per cent while averaging over 23 points a night in four games.

In November of last year Golden State Warriors head coach Steve Kerr compared Williamson to LeBron James. It’s almost an impossibly high bar, but there are similarities. Both received national attention from the early stages of high school and enter the league with gigantic expectations. Both have the ability to do what just about nobody else can do in terms of athleticism. Both are incredibly fast for their size. In fact, LeBron said so himself.

“What strikes me? His agility and his quickness,” James said. ‘For his size, how strong he is, to be able to move like the way he moves, he’s very impressive.”

Like James when he entered the league, the biggest area for improvement for Williamson’s game is probably his jumpshot. The 19-year-old shot just 64.0 per cent from the free throw line and 33.8 per cent from beyond the arc. His three-point shooting wasn’t bad, but he did only make 24 of them in 33 games. Considering the longer three-point shot at the NBA-level plus an increase in defensive talent and Williamson may not excel from deep right off the bat. For someone whose game is predicated on strength like Williamson’s, that’s more of an advantage at the collegiate level than it is in the pros, too.

Ok, so he isn’t exactly perfect and he’s about to face much better competition – that’s the case for any rookie. At media day late last month, Pelicans head coach Alvin Gentry did his best to take the pressure off.

“We’re not going to ask him to put on a cape and fly in and save our franchise. He’s going to be a really good player and every single day he’s going to work at getting better, and to me that’s the most important thing right there,” he said.

Sure, the Pelicans aren’t asking him to put on a cape and save the franchise. But that doesn’t mean he won’t do it anyway.

Other rookies to watch 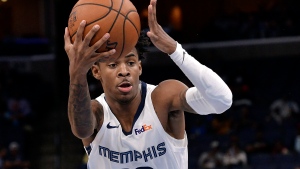 Heading into last season, both Barrett and Williamson looked like the consensus one-two picks. But Ja Morant came out of nowhere to have one of the best sophomore seasons in recent memory to vault ahead of Barrett and to the Grizzlies at No. 2. The 20-year-old had a knee procedure that caused him to miss Summer League, but was all systems go for training camp and is expected to play a leading role in the Grizzlies’ re-build. 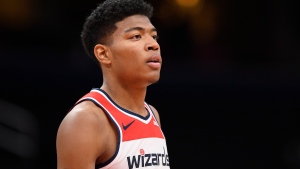 The Wizards have seen their win total drop in each of the last two seasons and aren’t exactly thought of as favourites to win much this year without point guard John Wall for the foreseeable future, either.  But one of their few bright spots could be No. 9 selection Rui Hachimura, who became the first Japanese player ever to be selected in the first round of the NBA Draft. He showed noticeable improvement in each of his three seasons at Gonzaga and has the explosiveness to turn heads. Just ask Myles Turner. 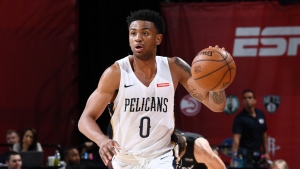 Nickeil Alexander-Walker might take a backseat to Williamson and No. 8 pick Jaxson Hayes, but the Canadian could make his mark in the Big Easy as a sharpshooter off the bench. Alexander-Walker, the cousin of Oklahoma City Thunder point guard Shai Gilgeous-Alexander, shot an impressive 39.2 per cent from deep in his freshman season at Virginia. 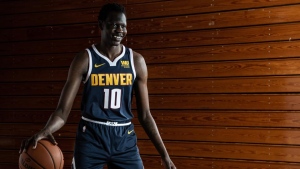 Bol Bol was the fourth-highest ranked player in his class coming out of high school according to ESPN, but a foot injury he suffered in December ended not only his season early, but his hopes of being a lottery pick. His slide didn’t stop there. The 7-foot-0 centre fell all the way to No. 44 to the Miami Heat and was acquired in a trade by the Nuggets. The injury was enough to scare off pretty much every team, but depending on how he recovers, the Nuggets could have themselves a steal. He's on a two-way deal so he will split his first NBA season between the Nuggets and the G-League. 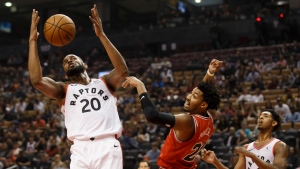 The defending champions used their lone draft pick in 2019 on 6-foot-11 Miami centre Dewan Hernandez. His path to Toronto was an unconventional one as he was ineligible to play last season after being caught up in an NCAA corruption scandal, so it’s tough to know what to expect. But that’s the case with a lot of second-round picks. And hey, Draymond Green, DeAndre Jordan, Nikola Jokic, Marc Gasol were all second-round selections, too.