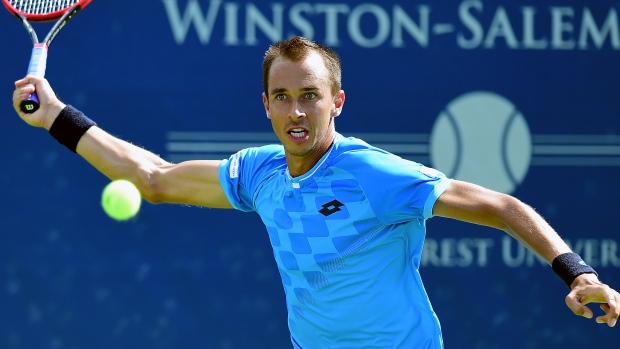 VIENNA - Lukas Rosol of Czech Republic defeated former champion Jo-Wilfried Tsonga 6-4, 3-6, 6-1 at the Erste Bank Open on Thursday, dealing a blow to the Frenchman's chances of qualifying for the ATP finals.

At the start of the week Tsonga was ninth in this year's standings with only the top eight advancing to the season-ending tournament in London in November.

The fourth-seeded Tsonga, who won here in 2011, had not lost in three previous matches against Rosol, who next plays another Frenchman, sixth-seeded Gael Monfils.

Monfils defeated Paolo Lorenzi 6-4, 6-4 after breaking the Italian's serve twice in each set.

In his 12th quarterfinal of the season, Ferrer will play Fabio Fognini, who downed Czech veteran Radek Stepanek 6-1, 6-4.

The eighth-seeded Italian broke Stepanek twice in the opening set und used his only break point at 5-4 in the second to close out the win.

Anderson is next up against Steve Johnson of the United States, who defeated Jerzy Janowicz of Poland 6-4, 6-7 (7), 6-4 for his third quarterfinal of the year and first since reaching the semifinals in Winston-Salem in August.