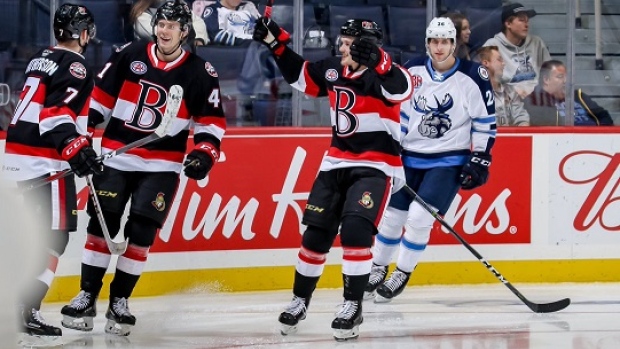 TORONTO — Rudolfs Balcers scored twice, including on the power play, as the Belleville Senators topped the Toronto Marlies 3-1 on Tuesday in American Hockey League play.

Jordan Szwarz's short-handed goal at the 9:25 mark of the second period was the winner for Belleville (30-14-4), the AHL affiliate of the Ottawa Senators.

Joey Daccord made 25 saves for the Senators' fifth consecutive win.

Egor Korshkov had the only goal for the Marlies (22-19-5), the minor-league club of the Toronto Maple Leafs.

Belleville went 1 for 2 on the power play and Toronto could not score on its five man advantages.

This report by The Canadian Press was first published Feb. 4, 2020.