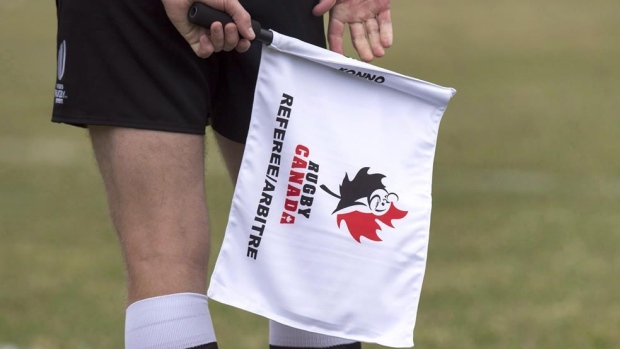 And thanks to the magic of accounting, factoring in amortization costs on the Al Charron National Training Centre in Langford, B.C., it was a second consecutive "cash-positive" year for the sport's governing body.

Call it the lull before the COVID-19 storm.

Canada's national teams have been grounded by the global pandemic. The senior men's side has not played since last fall's World Cup and Major League Rugby, home to some 50 Canadians, cancelled the remainder of the 2020 season in March.

The Canadian women, who are slated to play in the World Cup next year, have been idle since November.

Both sevens teams are awaiting word on what lies ahead. The 2019-20 season was cut short and World Rugby has already cancelled the combined men's and women's stops in Dubai and Cape Town, provisionally scheduled for Nov. 26-28 and Dec. 4-6, respectively.

On the plus front, the money-earning men's Canada Sevens went ahead in Vancouver as planned in March. But the women's event in Langford never happened.

The bottom line is going to take a beating this year.

"We are running a number of different models that see us reducing in size and expenditure and revenue collection from 25 per cent to 60-plus per cent," said Rugby Canada's chairman Tim Powers. "So much is going to depend on what is happening.

"The two challenges now for any rugby organization around the world are the actual revenue and the actual rugby."

Powers said Canada may have no games until 2021, meaning reduced revenue and expenses. The men's 2020 schedule has been wiped clean to date with fall test matches against the U.S. a question mark given the border.

"All of this is out of our hands at the moment," he said. "It's governed by the quagmire of international borders, the free flow of COVID, restrictions domestically. So I can't give you a clear answer on any of that because we just don't have a clear path of what our activities would be, which would drive a lot of our spending.

Rugby Canada spent $14.95 million last year with some $9 million of that going on national teams.

The organization brought in $14.91 million — down from 2018 revenue of $16.68 million — with some $4.8 million of that coming from Sport Canada, World Rugby and other grants. Another $5.8 million came from a combination of donations, fundraising, national teams, merchandise and sponsorship among other things. National registration fees accounted for $1.6 million.

One issue is if the rugby calendar remains blank, will players with other career options leave the sport?

"And our women need games if they want to have a run (at the World Cup) in 2021 in New Zealand. These are the real rugby concerns outside of the revenue but they're driven and influenced by revenue too."

The Canadian men's World Cup qualifying will be determined by the 2021 and '22 Americas Rugby Championship. That tournament was called off this year.

Rugby Canada has made some governance changes, adding a year to Power's current term as chair to allow for some continuity through a "brutally tough" 2020. Power's four-year term was due to end at last Saturday's annual general meeting.

Powers said 2020 could be "the most formative year in many ways for rugby in decades." There will be tough questions on both where to spend and save money.

Rugby Canada staff have taken pay cuts, with funding help for some coming from the federal government's emergency wage subsidy.

Toronto Arrows founder Bill Webb, Maria Samson and Steve Swaffield were elected to the Rugby Canada board for a three-year period. Jeff Hassler was elected to the board as the male player director.

This report by The Canadian Press was first published July 30, 2020.