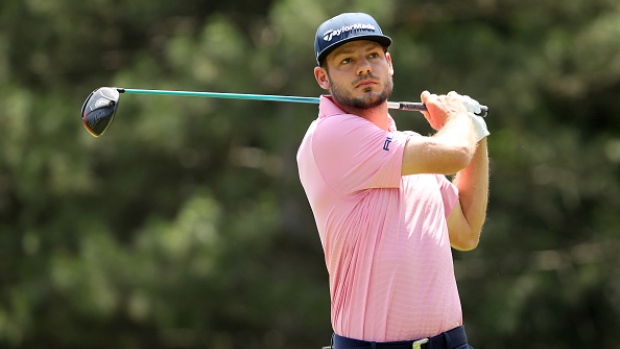 As it turns out, nobody is going to be seeing Redman in Canada. Instead, Redman finds himself on a much bigger stage going forward. After he Monday-qualified into the PGA TOUR’s Rocket Mortgage Classic with a 62, Redman opened the first TOUR event held in Detroit with rounds of 68-67 at Detroit Golf Club. Redman then rattled off a pair of 67s on the weekend to finish runner-up to winner Nate Lashley.

Besides the cheque for $788,400, Redman earned enough non-member FedExCup points to equal the player who finished 150th on the points list at the end of the 2017-18 season. That distinction gives Redman PGA TOUR Special Temporary Membership, meaning he is able to accept an unlimited number of sponsor exemptions for the remainder of the 2018-19 season. He will attempt to finish the season inside the top 125 on the FedEx Cup standings. If he accomplishes that, he will have full TOUR membership for the 2019-20 season. The finish in Detroit was also good for an invitation to The Open Championship in three weeks.

In short, Redman will no longer be playing Mackenzie Tour events this summer.

“I knew what was at stake, but I was trying not to think about it,” said the Raleigh, N.C., native of his final round that saw him make six birdies and only one bogey. “I was just trying to play well every day, and I did that. It’s awesome.”

The way the former Clemson University product played in Detroit was similar to what he has been doing to courses in Canada through the first four Mackenzie Tour events this year.

Debuting at the Canada Life Open, Redman fired three rounds in the 60s to tie for 19th. He then came within one stroke of victory the following week at the Bayview Place DCBank Open presented by Times Colonist, displaying the same steely determination that Detroit golf fans witnessed Sunday.

Going blow for blow against Paul Barjon in the final pairing in Victoria, Redman made birdie on hole No. 16 before chipping in on the penultimate hole of the tournament to pull within one stroke of Barjon.

Though he didn’t collect the victory, that runner-up finish is primarily the reason Redman currently occupies the No. 6 spot on the Mackenzie Tour Order of Merit, which, as it turns out, is as high as he will climb.

Redman likely doesn’t mind. Coming off the course Sunday, officials also reminded him that the second-place finish earned him a spot in The Open at Royal Portrush.

“I didn’t even think about that, but I can’t wait,” he said. “I’ve never been over there. It’s going to be an awesome experience and, you know, I can’t wait to see how it goes.”

While he was originally planning on playing the Monday qualifier for this week’s 3M Championship, he  and then heading to Windsor if things didn’t work out, Redman will begin to enjoy the fruits of his labours – instead heading straight to TPC Twin Cities attempting to carry Sunday’s momentum forward.

A testament to the skill level rising from the Mackenzie Tour, Redman is the 25th Mackenzie Tour alum to have 2019 PGA TOUR status.