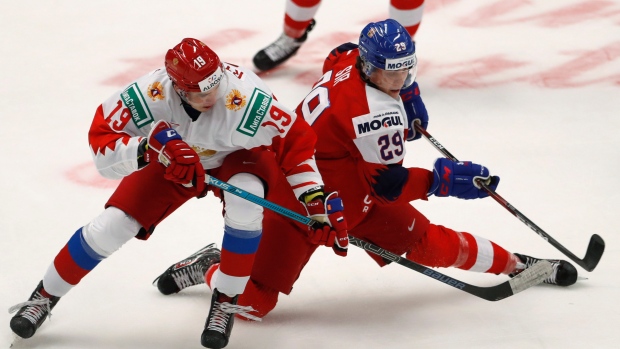 For the second day in a row, a player from the World Junior Championship has been suspended one game for head-butting, the International Ice Hockey Federation announced on Monday.

UPDATE: The IIHF Disciplinary Panel has issued a one-game suspension to @russiahockey forward Nikita Rtishev due to a head-butting incident. https://t.co/tsQ0pvxwZu

Russian forward Nikita Rtishev was suspended on Monday for head-butting a player from the United Sates during their game on Sunday.

Canada's  Joe Veleno was suspended for Monday's game against Germany after head-butting a player on Team Russia during Saturday's blowout loss.