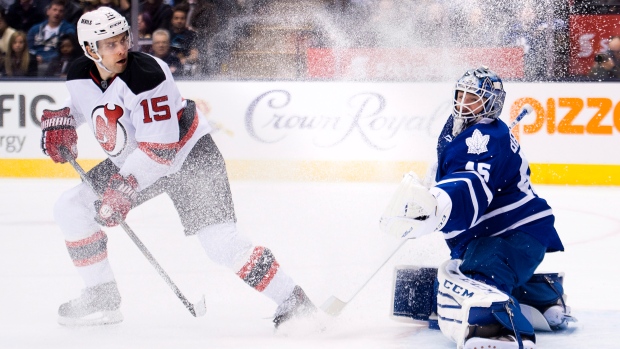 Ruutu and Bernier , The Canadian Press

The Vancouver Canucks have a signed a trio of players to professional try-outs, including veteran winger Tuomo Ruutu. The 33-year-old Finn will join centre James Sheppard and goaltender Kevin Carr at training camp beginning on September 22 in Whistler, BC.

Ruutu appeared in 33 games a season ago for the New Jersey Devils, notching an assist.

Ruutu was originally taken with the ninth overall pick in the 2001 National Hockey League Entry Draft by the Chicago Blackhawks. The native of Vantaa, Finland spent the majority of his career with the Carolina Hurricanes.

Sheppard, 28, is a veteran of 394 NHL games spent with the Minnesota Wild, San Jose Sharks and New York Rangers. He last appeared in the NHL in 2014-15. He played last season for the Kloten Flyers of the Swiss League.

A native of Lower Sackville, Nova Scotia, Sheppard has 23 career goals and 68 assists.

Carr, 26, has not played at NHL level. A native of Unionville, Ontario, Carr spent the past two seasons with the Tulsa Oilers of the East Coast Hockey League.