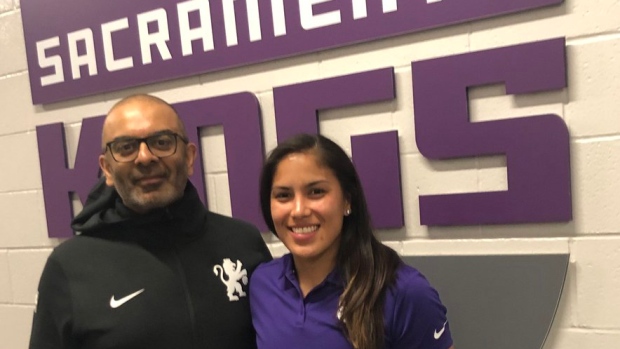 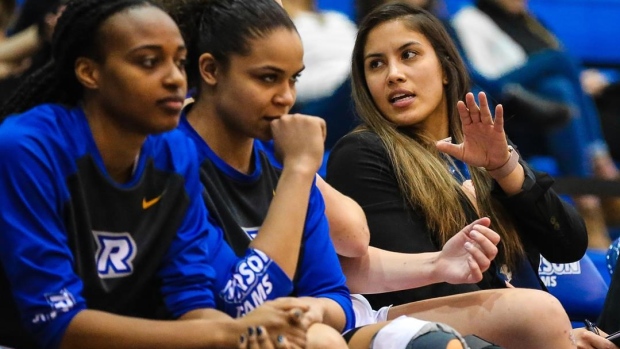 And so, when former Ryerson University men's basketball coach Roy Rana texted Roque about a potential opportunity with the Sacramento Kings, the 30-year-old Roque jumped at the chance.

She had no idea she'd be making history in the process.

Roque became the first Canadian woman to join the bench of an NBA team earlier this month when she spent a week as a guest coach with the Kings, according to the Ontario Basketball Association.

"I was kind of surprised, I had no idea," said Roque, who joined the Kings staff for the California Classic tournament, a precursor to the NBA's main Summer League in Las Vegas. "I think it's an honour. It's really cool. I'm humbled by it. I hope more Canadians and Canadian women get the opportunity.

"But if this is the start of many more, then I'm happy to stake my claim in history," she added with a laugh.

Roque's stint with Sacramento comes ahead of an NBA season that will see a record eight women in on-court coaching roles across the league. Becky Hammon paved the way, becoming the first full-time women's coach when she was hired by San Antonio in 2014. Hammon interviewed for Milwaukee's head coaching job in 2018.

Roque played at Cleveland State from 2006-10, and made two appearances in the NCAA tournament. The Mississauga, Ont., native has been an assistant on Ryerson's women's team since 2016.

She'd worked with boys teams in skill development, and coached at Rana's U19 team's camp ahead of Canada winning gold at the 2017 FIBA World Cup.

Rogue, who also coaches Ontario's U14 girls team, acted as both a scout and on-court coach in Sacramento.

"It's just like player development. Rebound basketballs. Need to hop in a drill? Hop in a drill," she said. "But a lot of it was really just like observing and learning . . . that part was really insightful. It gave me an opportunity to see how NBA coaches teach and how their players learn, and even their different philosophies.

"And it's summer league, it's interesting because it's a shortened season, so you don't introduce a whole lot but you still need to look like a team. And then combine that with a bunch of professional athletes who are trying to sign contracts. It kind of elevates everyone's focus as opposed to a bunch of 14-year-old girls who are still learning the game. Different focus. But it's very cool to see how it plays out at different levels."

Lessons learned, she said, that she can take back to the other teams she works with.

"Absolutely," Roque said. "People keep asking me, 'What was your biggest takeaway?' There's just so many. And regardless of whatever level I coach at, I just feel like there's just a new level of confidence for myself."

Is the NBA somewhere Roque sees herself down the road?

"I wouldn't be opposed to it. I'm always of the belief, because a lot of people ask me: "What's your end goal?" It's really hard to pinpoint it because there's so many pathways you can take and it's all dependent on, I think, opportunities that you're provided. If head coaching jobs come open, I apply. If someone gives me an opportunity to go to a Kings camp, I go. And kind of just see where that takes me.

"But I'm always open to learning and coaching no matter whether it's men or women."