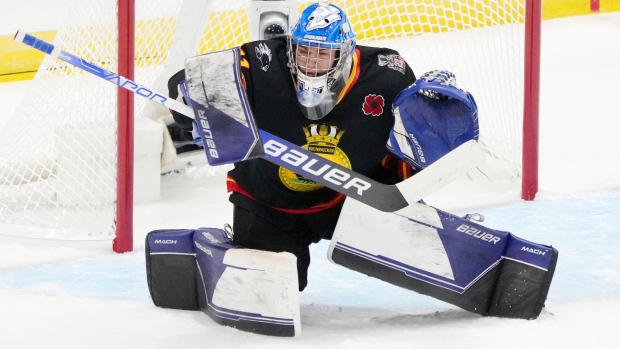 Coming off a tournament-opening win Monday against the OHL champion Hamilton Bulldogs, the Sea Dogs look to make it back-to-back wins against another CHL champion; the WHL's Oil Kings. Edmonton dropped its opening game of the tournament on Tuesday, falling 4-3 to the QMJHL champion Shawinigan Cataractes.

The Sea Dogs were lifted over the Bulldogs on Monday due to the contributions of Ryan Francis and Logan Morrison. Francis, a 2020 Top Prospect Game attendee and Calgary Flames prospect, tallied a pair of goals and an assist, while Morrison recorded a trio of helpers.

On Wednesday, the Oil Kings tandem of Detroit Red Wings prospect Sebastian Cossa and Kolby Hay will be tasked with holding the hometown Sea Dogs in check.

Cossa, 19, was among the WHL's leaders through the playoffs, posting a 16-3 record with a 0.919 save percentage and 1.93 GAA. The Fort McMurray, Alta., native allowed four goals on 35 shots in his Memorial Cup debut against the Cataractes.

The Oil Kings remain without Arizona Coyotes first-round pick Dylan Guenther, who is expected to miss the entire tournament after suffering a lower-body injury against the Seattle Thunderbirds in Game 3 of the WHL championship series.

Edmonton does, however, two other first-round selections on their roster in Kaiden Guhle and Jake Neighbours.

Guhle, a Montreal Canadiens prospect and the WHL playoff's Most Valuable Player, recorded an assist against the Cataractes. Neighbours, a St. Louis Blues prospect, recorded three shots on goal and finished the game plus-1.

Following Wednesday's game, the Oil Kings will wrap up their round-robin schedule against the Bulldogs on Friday, while the Sea Dogs will take on the Cataractes on Saturday.