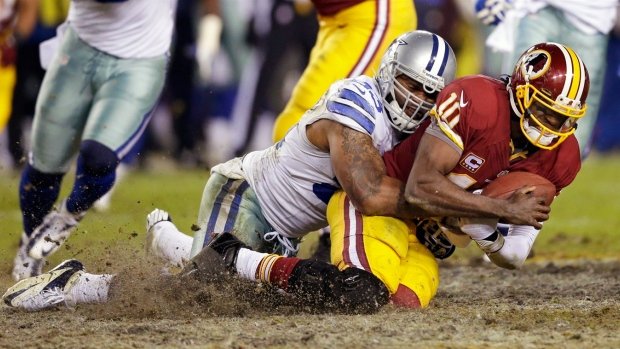 NEW ORLEANS - The New Orleans Saints placed veteran linebacker Anthony Spencer on injured reserve while meeting an NFL requirement for rosters to be trimmed to 75 by Tuesday afternoon.

The Saints had hoped Spencer, a former Pro Bowl player, would become a significant contributor. He spent his first eight seasons with Dallas, where he played three seasons under current Saints defensive co-ordinator Rob Ryan.

Saints coach Sean Payton declined to go into details about any of the injuries affecting players involved in Tuesday's transactions, following his usual policy of not discussing injuries on days when he's not required by the NFL to provide a specific injury report, as teams are during the days leading up to regular-season games.

Players placed on injured reserve will remain with New Orleans for the rest of the season but cannot return to the active roster until next season.

Players who've been waived with injuries could be claimed by other teams. If not, they can either go on injured reserve with the teams that waived them, or reach an injury settlement with that team, allowing them to come back later this season.