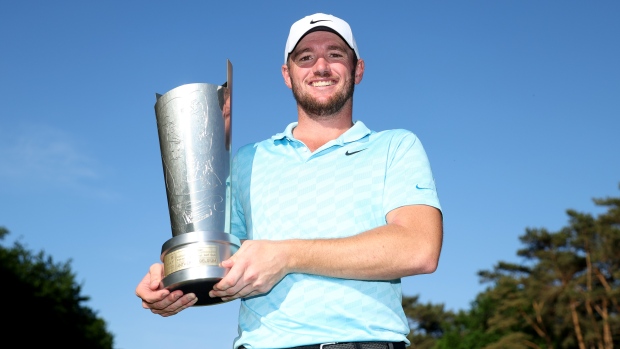 His other wins came in a two-week span in August 2020.

Horsfield teed off at the 18th hole with a one-stroke lead over playing partner Ryan Fox, the overnight leader from New Zealand, and ended up tapping in for par while Fox made bogey.

The 110th-ranked Horsfield is two weeks into his return to the tour following a three-month injury layoff. He had his partner, Issabella, on the bag in Belgium in the absence of regular caddie Mick Seaborn.

“I definitely thought about Mick quite a lot. Especially on the back nine, I pulled a few clubs that he definitely would have wanted me to hit."