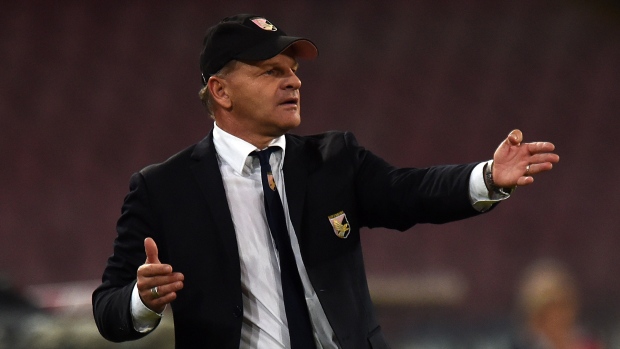 ROME - Italian clubs Sampdoria and Palermo have fired their coaches.

Walter Zenga was released by Sampdoria without an immediate replacement being named, while Palermo fired Giuseppe Iachini and hired Davide Ballardini for the rest of the season.

Former Fiorentina coach Vincenzo Montella is reportedly in line to take over at Sampdoria.

Sampdoria is 10th in the league following a 2-0 loss at home to Italian league leader Fiorentina on Sunday. Palermo is 12th after beating Chievo Verona 1-0.

It's the fourth and fifth coaching changes this season in Serie A, with Carpi having fired Fabrizio Castori before rehiring him last week. Also, Roberto Donadoni replaced Delio Rossi at Bologna.