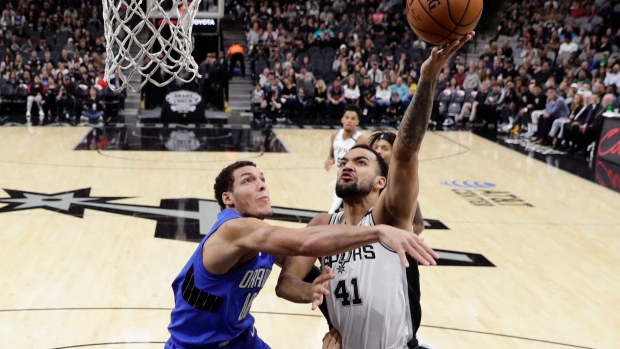 Trey Lyles is out for the season after having an appendectomy on Wednesday.

San Antonio Spurs head coach Gregg Popovich told reporters the Canadian will not be able to play when the NBA resumes its 2019-20 season at Disney World in Orlando at the end of July.

The 24-year-old averaged 6.4 points per game to go along with 5.7 rebounds this season, his first with the Spurs.

Prior to his time in San Antonio, Lyles spent two seasons with the Denver Nuggets and another two years with the Utah Jazz.

The Saskatoon native was selected No. 12 overall by the Jazz in 2015 after playing college ball at Kentucky.