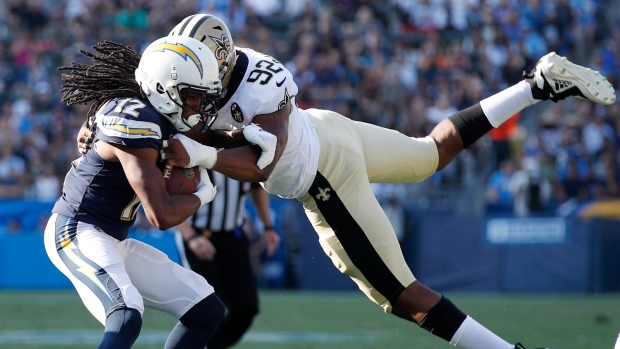 San Francisco 49ers wide receiver Travis Benjamin has decided to opt out of playing in the 202 NFL season, he announced Tuesday via his agent, Ron Butler.

"After much consideration and discussion with my family I have decided to opt of the 2020 NFL season as I feel this is the best decision for my family," Benjamin said in a statement. "I will continue to support my teammates and many friends around the league this season. As we continue to navigate this pandemic I wish that everyone stays safe."

Here is a statement from veteran WR Travis Benjamin on his opt-out, via @Agentbutler1 pic.twitter.com/cVrXxP4XWg

The 30-year-old Benjamin joined the 49ers in April after signing a one-year contract with the team. The veteran of eight seasons spent the first four seasons of his career with the Cleveland Browns and then the past four with the Los Angeles Chargers.

Benjamin has tallied 3,143 yards and 19 touchdowns on 208 receptions over his career. Besides his receiving duties, he has also served as a return man and owns four career punt return touchdowns.

The NFL has reportedly set Thursday, August 6 as the deadline for players to opt out of playing the 2020 season.