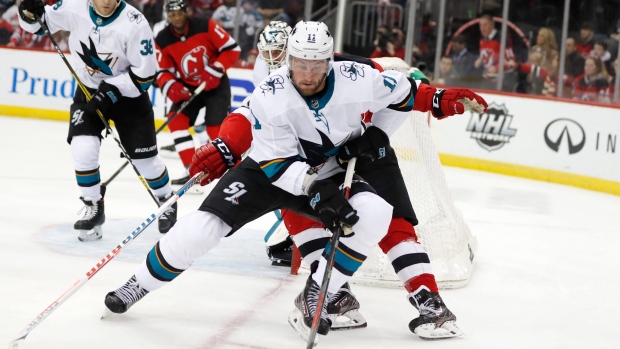 Noesen has appeared in five games for the Sharks this season without registering a point. The 28-year-old is a veteran of 204 NHL games, with 31 goals and 23 assists.

Tinordi has played in seven games with the Predators this season. The 29-year-old has played in 88 NHL games throughout his career, with a goal and 10 assists.

Ottawa Senators forward Filip Chlapik, who was placed on waivers for the purpose of a buyout Thursday, cleared waivers Friday.