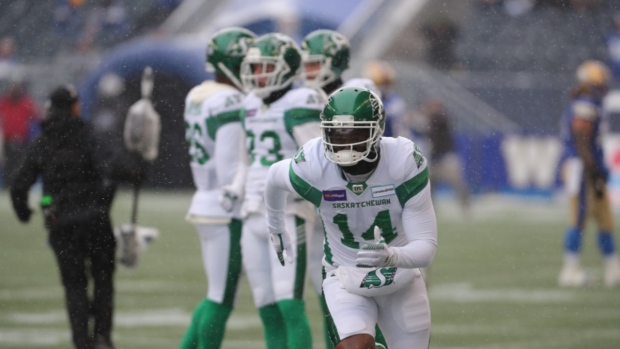 That was the story of the first half of the Western Final from a snowy IG Field on Sunday.

When the dust settled, it was the Saskatchewan Roughriders with a 10-7 lead over the Winnipeg Blue Bombers after three interceptions from Zach Collaros and fumbles by Drew Wolitarsky and Rasheed Bailey.

William Powell opened the scoring with a short touchdown run in the first quarter but that was quickly answered by a major from Collaros to Bailey to even the game. A field goal from Brett Lauther in the second quarter gave the Riders a three-point advantage, which they held onto going into the break.

Earlier Sunday afternoon, the Hamilton Tiger-Cats scored all 27 of their points in the second half as they stormed back to beat the Toronto Argonauts 27-19 in the Eastern Final and will await the winner of Winnipeg and Saskatchewan at the 108th Grey Cup at Tim Hortons Field.