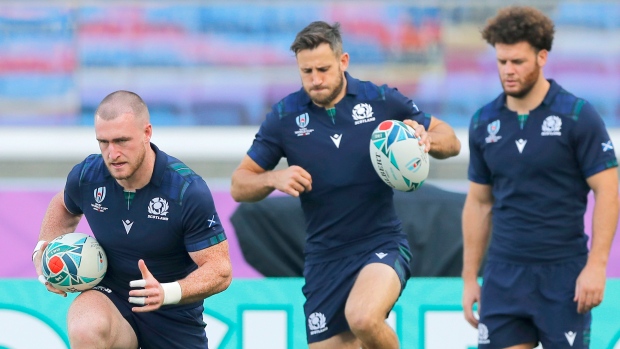 YOKOHAMA, Japan (AP) — Scotland finally brought all of its biggest names together to face Ireland in their opening Rugby World Cup match on Sunday in Yokohama.

Coach Gregor Townsend mixed and matched through the four warmup games against France and Georgia, winning three of them.

Seven players who started in the controversial quarterfinal defeat to Australia in 2015 are back, not including former captain John Barclay, who missed that tournament but will appear in his third World Cup.

Only forwards Ryan Wilson and Jonny Gray and centers Sam Johnson and Duncan Taylor start again from the last warmup game, a 36-9 win over Georgia at Murrayfield. The team is closer to the one which beat Georgia 44-10 in Tbilisi the week before.

“We know (Ireland) well and are well aware of the strengths they possess,” Townsend said Friday. “We expect them to play very well, as they did in their most recent games against Wales, so only our best performance will do in order to win.”