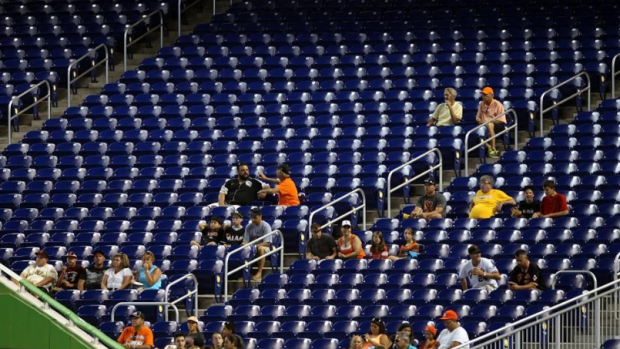 SCOTTSDALE, Ariz. — Baseball’s most prominent agent criticized teams for a lack of competition, proclaiming rebuilding teams have caused four straight years of attendance drops, then said he senses a faster-paced free agent market that could lead to earlier signings this off-season.

Scott Boras, who represents top free agents Gerrit Cole, Stephen Strasburg and Anthony Rendon, accused many teams of entering last season with the goal of rebuilding through high drafts picks rather than competing for a title.

Standing in a courtyard at the hotel where general managers are holding their annual meeting, Boras said the decision of some fans to stay away from ballparks was understandable. Major League Baseball’s average attendance has fallen from 30,169 in 2016 to 28,339 this year, its lowest since 2003.

“In the big world, when you go to the zoo and half the bears are asleep, you are not able to enjoy the zoo as it should be,” he said Wednesday.

In a year of booms and busts, there were four 100-game winners for the first time and four 100-game losers for the second time. Boras said baseball’s economic rules, which have led some clubs to shed veterans, finish with poor records and earn high draft picks, encourage an attitude of “I don't want to win 82 games. I want to win 69 games. You know why? Because I get rewarded for it.”

“In many ways the industry is in a competitive hibernation and the fans are reacting to it,” he said. “We've got a decline in attendance. We've got owners charging more for generations that want to see the game, yet we're losing a generation of the young people that only are interested in competition. They want to see teams play well and do well. And we have this hibernation period where I will be good for two or three years out of 10 and not be good for the other seven years.”

Boras also rebuked clubs at last year’s GM meetings, the start of a slow free-agent market in which only 25% of free agents signed before January. His top free agent, Bryce Harper, waited until spring training was underway to reach a record $330 million 13-year contract with Philadelphia.

“It's aggressive market,” he said. “With Bryce, the clubs were always telling you that `we're going to look into the trade market and then get back to you.’ We're getting clubs that want to immediately come in and meet, have dialogue and then move the process along much quicker.”

Boras’ style has been to start discussions at the GM meetings and wait until spring training to reach deals for top stars such as J.D. Martinez, Mike Moustakas and Eric Hosmer. For his top players, Boras often involves team owners.

“I don’t think there’s a single general manager in the game that’s making a $330 million commitment without having their owners on board,” Phillies GM Matt Klentak said, “At that level, I would be shocked if there’s anybody in this room that could make that decision on their own.”

While Strasburg and Rendon helped Washington win the first World Series title in the club’s 51-seson history, Cole’s Houston Astros lost to the Nationals in a seven-game World Series.

Houston GM Jeff Luhnow perceives that big deals typically take longer but high-performing players with many pursuers have leverage, limiting the ability of teams to say they need a decision or will move on to alternatives, such as another free agent or a trade.

“I’m sure clubs have tried that, putting an actual deadline. If it’s a real deadline, maybe it works,” Luhnow said. “If it’s not a real deadline and you go past it, you lose some credibility. So it’s a dangerous game to play.”

Notes: As usual, Boras had his share of hokey one-liners. Asked whether Strasburg and Rendon would prefer to re-sign with Washington, Boras said “any player that wins a world championship enjoys where they play.” He praised Rendon, saying: “No one’s built a throne there. So William and Harry should be worried.” Of Cole, he said: “If this were Major League Christmas, we would be looking at 30 stockings that would clearly want a lump of Cole.” While he wouldn’t comment on hearings in Washington, he said “I'll talk about the impeachment of analytics” and criticized a pay structure in baseball he claimed was regressive. ... After experimenting with robot umpires in the independent Atlantic League and the Arizona Fall League, MLB may try out the technology in the Class A Florida State League next year.