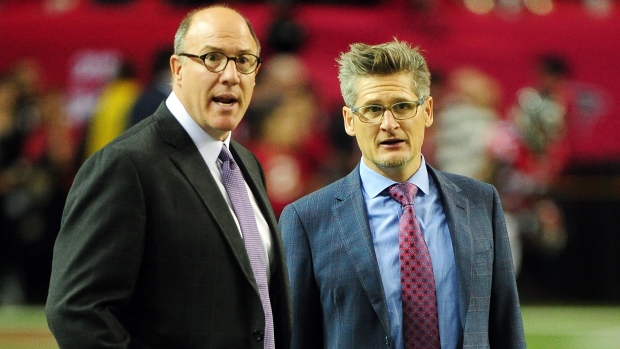 FLOWERY BRANCH, Ga. — Scott Pioli stepped down Thursday after more than five years as assistant general manager of the Atlanta Falcons, the latest front-office change for a team coming off a disappointing season.

"I am ready for a change," he said in a statement released by the team.

Pioli said he had intended to spend only two or three years working under Falcons general manager Thomas Dimitroff. He thanked the team for giving him a chance to carry on his career after he was fired as Kansas City's general manager following a dismal 2-14 season in 2012.

"I came in to work closely with Thomas on personnel structure, processes and decisions," Pioli said. "I loved the concept, was confident I could provide value and have enjoyed the challenge."

Now, he's ready "to pursue other potential opportunities." His departure comes one day after Mike Maccagnan was fired as general manager of the New York Jets, a team that Pioli worked for as director of pro personnel from 1997-2000.

Dimitroff described the 54-year-old Pioli as a "dear friend" who has "not only provided tremendous value to me, but to the entire the Falcons organization."

Pioli departs the Falcons following a 7-9 season and shake-up in the front office.

Dimitroff indicated that more changes are coming for a team that made the Super Bowl during the 2016 season.

"We are continuing to assess the structure within our organization and move forward with our next steps," he said.

Pioli was Kansas City's GM from 2009-12. Prior to that, he worked for nearly a decade with Bill Belichick in New England's personnel department.

The Chiefs won the AFC West title in 2010 — their only playoff appearance during Pioli's tenure — but his regime was marred by allegations that he maintained a toxic work environment based on secrecy and intimidation, including suspicions expressed by coach Todd Haley that his personal cellphone had been tampered with before he was fired.

Late in the 2012 season, Chiefs linebacker Jovan Belcher killed his girlfriend before taking his own life at the team's training facility in front of Pioli and other team officials.