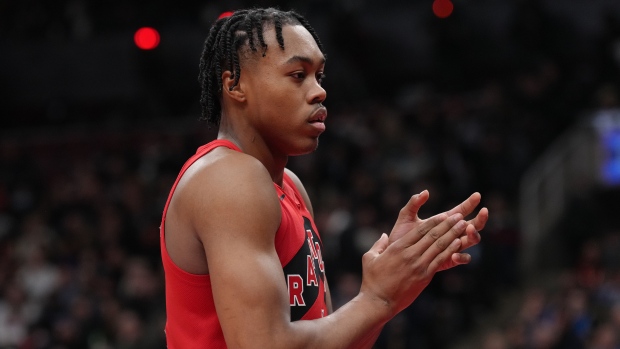 Scottie Barnes makes his return to the Raptors first unit, starting alongside VanVleet, Anunoby, Siakam and Thad Young vs New Orleans. Trent off the bench again.

Fred VanVleet, O.G. Anunoby, Pascal Siakam and Thad Young make up the rest of the starting lineup. Gary Trent Jr. will shift from the first five to the bench.

Barnes missed two games last week and returned to action Monday night against the Cleveland Cavaliers but did not start. He tallied 11 points and three blocks in Toronto's 100-88 victory.

In 17 games so far this season, last year's Rookie of the Year Award winner is averaging 14.4 points, 6.6 rebounds and 5.2 assists.

Following their matchup in the Big Easy, the Raptors will be back in action on Friday in Brooklyn against the Nets.