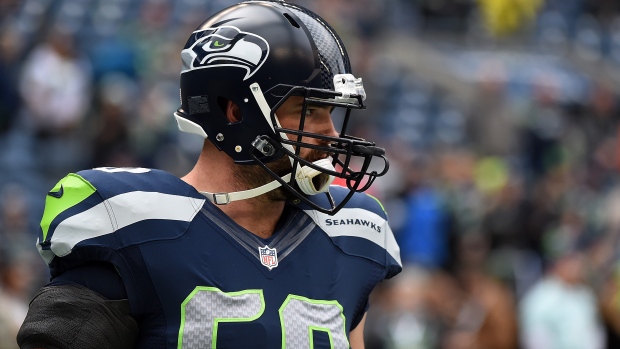 Seattle coach Pete Carroll said Monday that Unger appeared to be fine after having the back of his legs rolled up on in the fourth quarter of the Seahawks' win over Carolina on Saturday. The concern was that Unger had re-aggravated a high-ankle sprain.

"I think he's come out OK," Carroll said. "Very fortunate on that one."

Maxwell was ill last week and was limited to just four snaps on special teams in part because he didn't have the stamina to stay on the field for more than just one play at a time. Carroll said he spoke with Maxwell on Monday morning and it seems like the starting cornerback has recovered.

"I checked in with him, with the trainers and he seems like he's recovered," Carroll said. "He just had a bad — whatever it was, whether it was the night air, I don't know. He had some issues but he's OK now."

Tharold Simon started in place of Maxwell and was in for every defensive snap. The return of Maxwell will be important facing Green Bay's passing attack.

Carroll said Seattle will add quarterback B.J. Daniels to the active roster to take the spot of wide receiver Paul Richardson, who suffered a torn ACL in Saturday's win and was placed on injured reserve. Carroll said the Seahawks intend to use Daniels in multiple roles.

"He's a very versatile guy for us to bring to life right now and really, more than anything, it's great to reward a guy that has competed so consistently and so hard for us, so I'm excited to do that," Carroll said.