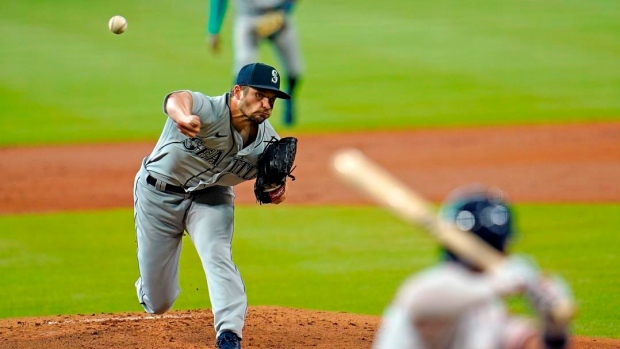 SEATTLE — Right-hander Kendall Graveman and the Seattle Mariners agreed to a $1.25 million one-year contract on Thursday after the team declined his $3.5 million option in favour of a $500,000 buyout.

He made two starts before going on the injured list with a neck spasm. Graveman later revealed he has a benign bone tumour in his cervical spine, but could continue pitching and would be most effective as reliever.

Graveman made nine appearances out of the bullpen in September and was 1-1 with a 3.60 ERA in 10 innings pitched. Graveman’s longest relief outing was two scoreless innings in his final appearance of the season against Oakland.

Graveman will turn 30 before the start of next season. He previously pitched for Toronto and Oakland.