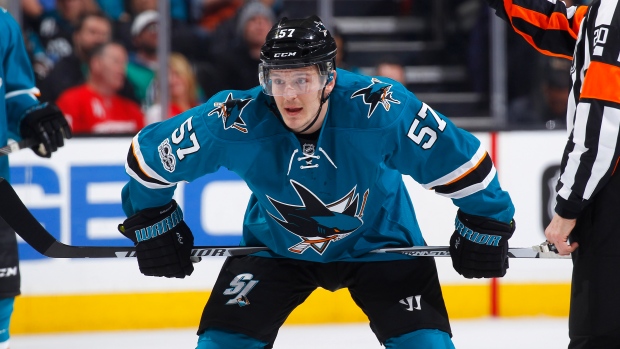 The Ottawa Senators have acquired forward Tommy Wingels from the San Jose Sharks in exchange for Buddy Robinson, Zack Stortini, and a seventh-round pick in 2017.

In 37 games for the Sharks this season, the 28-year-old Wingels has five goals and eight points. For his career, the former sixth round pick has 51 goals and 122 points in 337 games played.

Cruel business. All the best to a world class teammate. A special guy, he will be missed. @tommywingels57 good luck Dewy

Robinson has seven career NHL games with the Senators including four this year. The 25-year-old has seven goals and 12 points in 33 games for the Binghamton Senators of the AHL this year.

Stortini has 257 career NHL games but has spent this season in Binghamton as well, registering two goals and three points in 22 games.