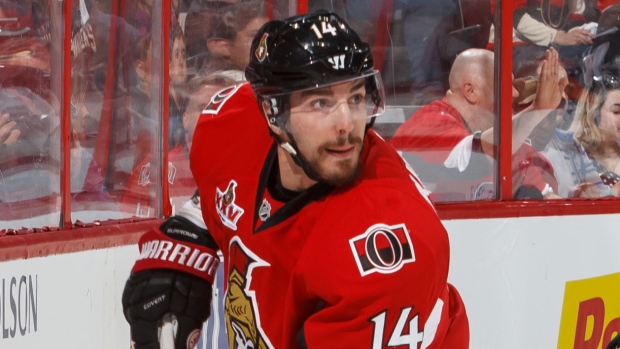 NEW YORK — Ottawa Senators forward Alexandre Burrows was fined $5,000 for roughing during a game against the San Jose Sharks on Saturday night.

The NHL department of player safety announced the fine — the maximum allowable under the Collective Bargaining Agreement — on Sunday.

Burrows was assessed a major penalty and game misconduct for fighting at 14:51 of the third period after going after San Jose's Dylan DeMelo with a stick to the face.