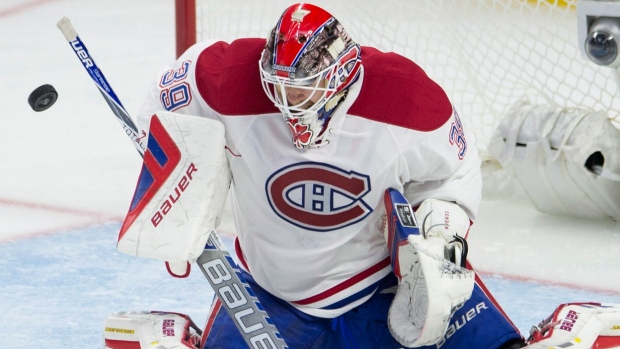 PITTSBURGH — The Pittsburgh Penguins have traded goaltender Mike Condon to the Ottawa Senators for a 2017 fifth-round draft pick.

The deal comes as Stanley Cup-winning goalie Matt Murray returned to the ice for the Penguins after missing the start of the season with a broken hand suffered in the World Cup of Hockey.

Pittsburgh got value for Condon on Wednesday after claiming the 26-year-old off waivers from the Montreal Canadiens in October. He appeared in just one game in relief for the Penguins, stopping all seven shots he faced against Nashville on Oct. 22.

With Andrew Hammond injured, Condon becomes Craig Anderson's backup with the Senators, who assigned Matt O'Connor to the American Hockey League. Anderson, who took a leave of absence last week after his wife Nicholle was diagnosed with cancer, could also potentially need more time away from the club.

"It looks like Andrew Hammond will be out for at least one more week. We also know Craig (Anderson's) situation is very fluid at the moment," Senators general manager Pierre Dorion said. "We don't know when the possibility is of him leaving.

"(In Condon) we know we're getting someone who has NHL experience, that had a very good season last year, we saw him quite a few times. We think that he's a very good NHL goalie and he's going to help us win.

"We can't afford at the present time ... to not field the best team we feel we need to give us a chance to win."