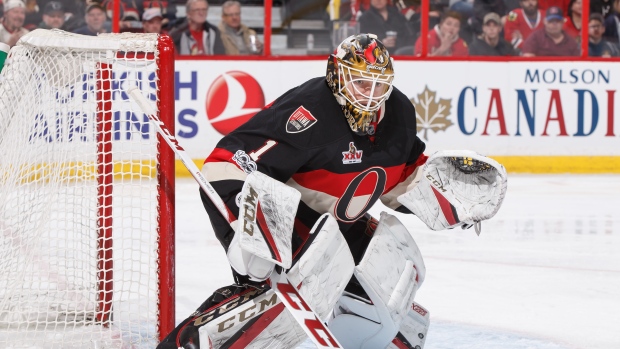 The 27-year-old went 19-14-6 with a 2.48 goals-against average and .914 save percentage in 41 games. Condon was one of the busier backups last season as the Senators’ starting goaltender Craig Anderson missed significant time with injuries and personal issues.

He also appeared in two post-season contests during the Sens surprising run to the Eastern Conference Final.

The Sens acquired Condon from the Pittsburgh Penguins in November in exchange for a fifth-round pick.

Condon also competed for the United States at the 2016 IIHF World Hockey Championship and went 2-2 in five games with a 2.55 GAA and .878 save percentage in a fourth-place finish.