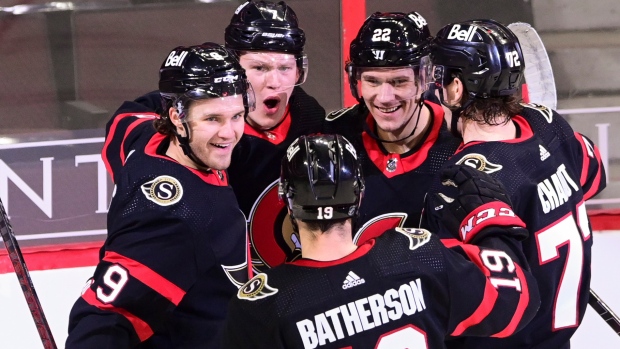 If you are an Ottawa Senators fan, you are probably quite happy with the team’s 1-1-1 start.

In what figured to be a transitional season where Ottawa’s young core took a step forward, the first three games have gone according to plan.

The scoring leaderboard on the active roster is headlined by the players you would expect – save for defenceman Nikita Zaitsev (four assists). Brady Tkachuk, Drake Batherson and Josh Norris have had some (very) early success, along with veterans like Derek Stepan and Chris Tierney.

At aggregate, the Sens have the feel of an improved team. If we use the past few seasons as a quick baseline for this team’s success, you can see the sort of jump I’m talking about ­– particularly at even strength: 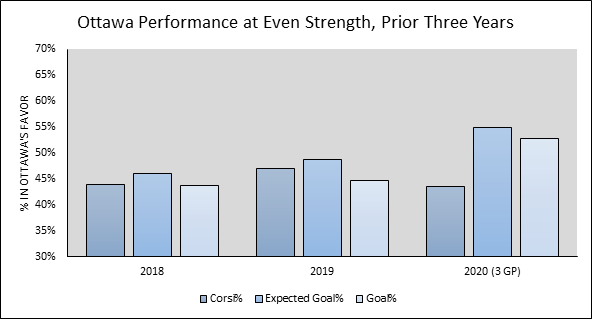 It’s too early to establish as a trend, but it’s the first indication that this team may be improved year-over-year, which is something that both GM Pierre Dorion and head coach D.J. Smith needed to see this season.

But there is one thing that’s been a bit bothersome over the first three games.

One of the big reasons the Senators organization, their fan base, and observers around the league have been intrigued by the rebuild – one that started as destructive as any in recent history — is the missive to inject as much young, cap-friendly talent as possible into the roster. At scale, it’s never been done quite like this. It is the biggest bet we have seen from a team on the draft-and-develop strategy. The higher percentage of prospects that develop into successful NHL skaters, the higher the likelihood this rebuild is a success.

The organization has embraced this at every level, but over the first few games there has been a curious push to dress more veteran skaters, generally further down the lineup.

It would be one thing if these veterans were in the mould of Stepan – a player who has had a track record of success, and one that could elevate the play of the younger teammates around him. But this veteran push has been a drag on the team’s overall production so far.

Shot differentials, the best early season lead indicator we have of future performance, show a pretty significant split in performance when it comes to Ottawa’s higher-end players versus Ottawa’s depth players: 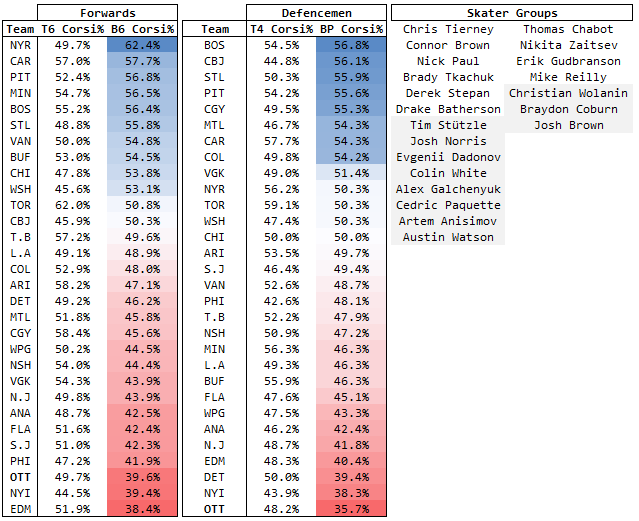 It seems likely Tim Stützle (19 years old) and Norris (21) in particular will flex into the top six for stretches of this season, as we’ve already seen through the first three games. But for the most part, Ottawa’s depth players are not players new to the National Hockey League. Said another way: The Sens players struggling territorially and erring with a high degree of frequency are the veterans.

If we focus in on Ottawa’s bottom-six forwards as an example, you see that it’s the veterans brought in over the past couple of seasons that are getting pummelled at even strength: 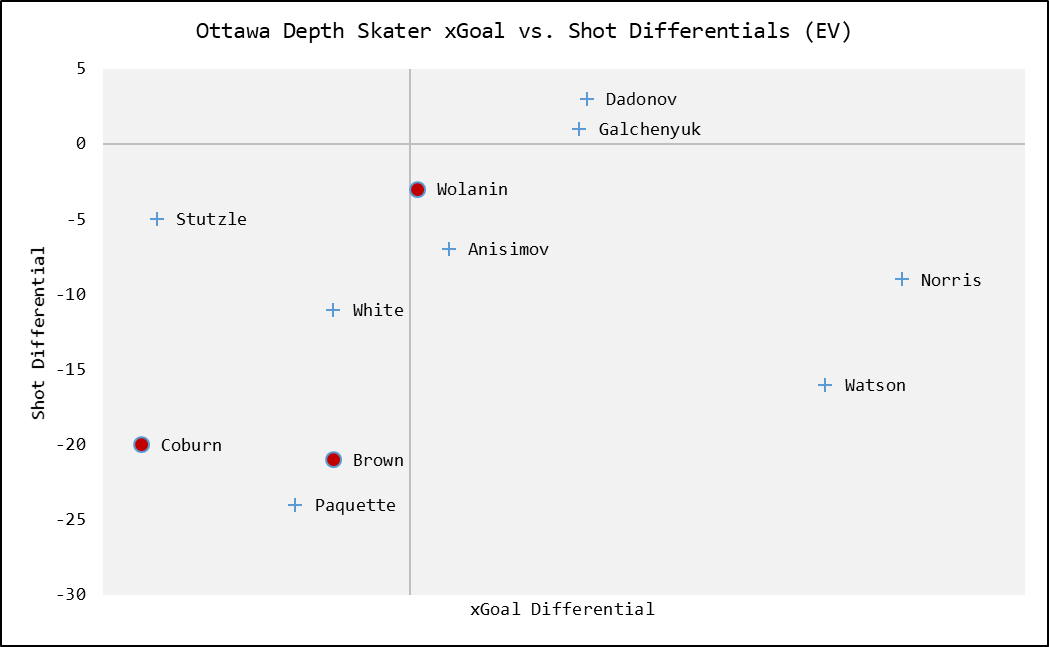 The numbers for the fourth line and the third defensive pairing are grim for a team that has played just three games. To be 20 or more shots in the red so early in the season is not encouraging.

The curious piece of this is that the Ottawa coaching staff has to know that their veteran checking lines came out of the gate struggling, and that they have an ample number of young skaters ready for more ice time.

Some of these prospects will pan out; others will not. But they need to play. It would be one thing if the coaching staff was sheltering players who are in dire need of future development at lower levels, or if they thought that the veteran players blocking out roster spots were contributing in a meaningful way. But that’s not happening.

Over the next month or so, it will be worth watching to see if Ottawa injects even more young talent into the lineup, and what that might mean for the team’s broader goal of staying out of the cellar in the North Division. That’s been the organizational missive for years, and yet the depth veterans brought in are flying in the opposite direction.

Overall, it’s been a nice step forward from the Senators so far this season. But there is plenty of work still to be done.