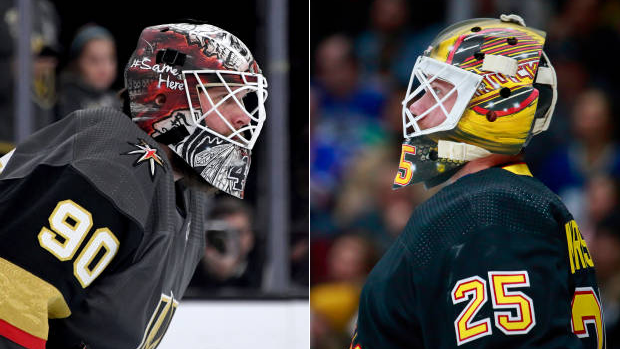 The countdown to Free Agent Frenzy is on.

Well, it would be if the exact date for the Frenzy was set, but that’s one item the NHL and NHL Players’ Association have not worked out just yet.

Their agreement calls for free agency to follow hockey’s traditional season-ending order of Stanley Cup Final and then Entry Draft. With the draft penciled in for Oct. 9-10, it’s probably prudent to ballpark a mid-October Free Agent Frenzy.

That’s a seven-week sprint from now. Teams will be facing new financial realities – with both a frozen salary cap at $81.5 million and possible budgetary restrictions in place from a season with lost revenue and an uncertain future ahead.

With that, let’s take a detailed dive on the Top 10 pending free agents, to see whose fortunes may have risen or fallen during a most unusual pause and playoff: 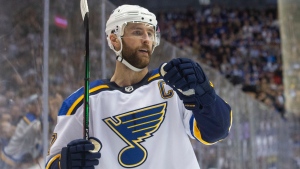 Scoop: When asked about the emotion of potentially playing his last game wearing the Blue Note, Pietrangelo said, “It’s not a fun situation to be in, especially when you’ve been somewhere your whole career.” It may not be fun, but Pietrangelo is perhaps the only free agent whose next contract is unlikely to be impacted by the COVID-19 squeeze. He’s too valuable, checks every box on every team’s list as an all-situations, right-shooting blueliner coming off a strong year, with a career-best 16 goals and captaining the Blues to the last Stanley Cup with fans in the stands. The Blues and Pietrangelo’s camp have not been close on a new deal, but there seems to be real doubt as to whether he actually makes it to market. The Blues would need to move bodies to make a new deal work. 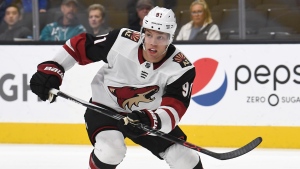 Scoop: Unlike Pietrangelo, Hall is almost a sure bet to make it to market – short of the Arizona Coyotes backing a Brinks truck up to his house. Even then, he’s waited this long, shouldered the risk through this season, and now sits seven weeks away from calling his own shot for the first time in his career. Hall had a decent showing in a nine-game playoff with the Desert Dogs, collecting two goals and four assists for six points. But he certainly wasn’t playing at his Hart Trophy level from three seasons ago. This 24-team format provided just Hall’s second taste of the postseason in 10 years. A chance to win will be at the top of his priority list, which has many wondering whether he’d be willing to bet on himself the way Marian Hossa did in 2008. Would he sign a one-year deal where he could both chase a Stanley Cup and hope to cash in with a bigger deal in a year from now, when hockey and it’s financial future may be clearer? 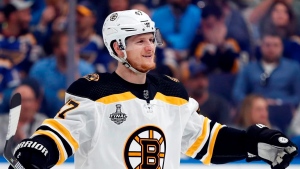 Scoop: Krug makes it a three-headed monster of instant impact players potentially available this fall. A model of consistency, you can pencil him in at 50 points and 20 minutes per night. Krug makes artistic outlet passes, his head always on a swivel, and we’ve seen him run over opponents – even without a helmet. Krug seemed to be in line for one of those seven-year, $50 million deals ($7.5 million a year?) before the pandemic hit. It remains to seen whether that cap number gets chiselled slightly in the new NHL world. That might not be an issue if, say, the Detroit native’s hometown Red Wings come calling with their pile of pizza dough and oodles of cap space this summer. 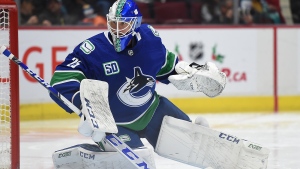 Scoop: It’s possible no one has done more in the playoffs for their financial future than Markstrom. After a career year and 142-day pause, he picked up right where he left off as the Canucks’ MVP. He has seen the most rubber in the postseason and ranks fourth in save percentage (.922) among goaltenders still standing, proof this wasn’t just one strong regular season. But two things hold him back from a higher ranking on the list: 1) the sheer number of goaltenders available on both the free agent and trade markets and 2) his value to Vancouver. Even if it means rejigging the roster, it’s difficult to envision Markstrom playing anywhere else. He might not have to go very far if he does become available, with both the Flames and Oilers in the market for a top-end netminder. That would be reason enough alone for the Canucks to lock him up. 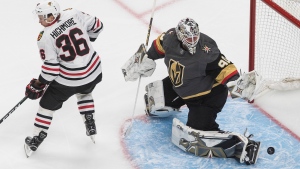 Scoop: It’s the Autumn of the Netminder and Lehner could be the face of it if he makes it to market. There’s doubt about that now, thanks to both his play in Vegas and the sword-in-the-back imagery posted by Marc-Andre Fleury’s agent, Allan Walsh, over the weekend that signalled discontent in the desert for Flower. The argument could be made that Lehner has been the NHL’s best goaltender over the past three seasons. He’s certainly been the most consistent, which says a lot given the finicky nature of the net. Lehner is an astounding 9-1-0 with the Golden Knights, including 6-1 in the playoffs. By all accounts, he’s managed his open battle with sobriety well, and he’s proven to be an incredibly popular teammate - just watch the handshake line against the Blackhawks and the mark he made in a half-season in Chicago. 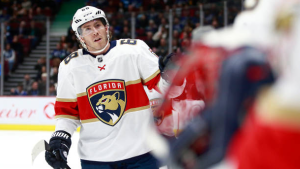 Scoop: All he does is score. In a league where such a premium is placed on goals, few have shot out the lights better than Hoffman. Among players who have taken 400 shots over the past two seasons, only 14 have a higher shooting percentage than Hoffman’s 13.9 per cent, and it’s a list of the who’s who of NHL snipers, the highest-paid players in the league. His 65 goals are also 16th most over the past two campaigns, more than Jack Eichel, Brad Marchand, Patrik Laine and Alex DeBrincat. Hoffman may not be the sexiest name available, but he shoots and scores, the four most important words in the game. 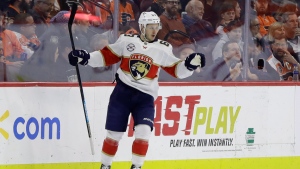 Scoop: The Panthers are the only NHL team Dadonov has ever known, which is the reason why he’s not a more household name. His quiet postseason didn’t help, but Dadonov has been as consistent as anyone on the wing since returning from Russia three seasons ago. He was on pace for a career-best 30 goals before the pause, after his 28 in each of the two prior seasons. Among right wingers, Dadonov ranks sixth in goals (81) and 11th in points (182) over the past three campaigns, which will make him an under-the-radar signing to watch. 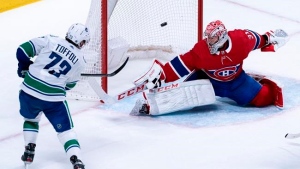 Scoop: It’s been a tough go for Toffoli in Vancouver. First, the pandemic hit after he posted 10 points in his first 10 games after arriving from Los Angeles as a rental. Then he suffered a foot injury in Game 1 of the Canucks’ adventure in the Edmonton bubble. Tuesday night would make it 11 straight games out of the lineup, robbing him of an ability to make an impact as a solid playoff contributor in a spot where the Canucks were relying on him. As a 21-year-old, Toffoli scored 14 points in 26 games to help the Kings win the Stanley Cup in 2014. Toffoli does appear to be getting closer to returning, but the Canucks may be on the clock against Vegas. 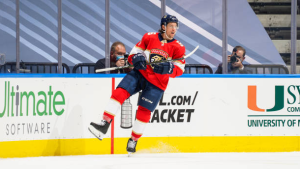 Scoop: Haula makes the cut because he is the top pivot available in an unusual free agent class that is starved for centres. Injuries have been an issue for the ‘Haula Famer,’ who has appeared in just 63 games over the past two seasons. He may not command a top dollar, but there will be no shortage of interest from contenders on a prove-it-type contract now that he’s healthy. Remember, it was only two seasons ago that he racked up 29 goals and 55 points in 76 games as an original Golden Knight, and Haula still hit 0.50 points per game this season while in and out of the lineup. The next best centres available: Craig Smith, Carl Soderberg, Derick Brassard and Derek Grant. 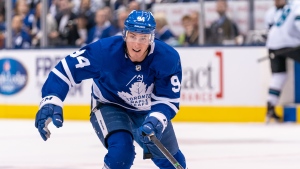 Scoop: The spotlight burns bright in Toronto, and what we learned about Barrie, who wasn’t a fit with the Leafs from Day 1 under Mike Babcock, is that he is a fine accessory but not a blueline anchor. Barrie is a power-play specialist, a quarterback who can collect 50 to 60 points when used properly, but will be exposed defensively when asked to do more. He may not see an adjustment down from his $5.5 million salary this season, but he arrived in Toronto with much bigger expectations for his contract year. On a one-year deal, imagine what the already lethal Edmonton Oilers’ power play would look like with Barrie instead of Oscar Klefbom? It might be one of the best of all time.