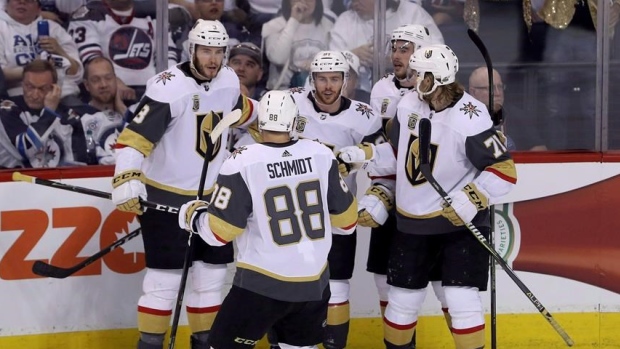 The formation of the Seattle Kraken quietly took a tiny step forward on Monday.

That’s because Monday marked the first day NHL teams may request that a player waive his “no-move clause” for purposes of the Expansion Draft. That window will remain open for five months, closing on July 13.

Teams must submit their protection lists on July 17, giving Seattle until July 21 to submit their 30 selections, one from every team except the Vegas Golden Knights.

(The Golden Knights are exempt from the Expansion Draft and, as such, do not receive a cut of the $650 million expansion fee paid by Seattle.)

Even though they have five months to plan, it’s time for teams to get Kraken on the “no-move clause” front.

Because if you look back on 2017’s Expansion Draft, those clauses tell a big part of the story as to why the Golden Knights made it to the Stanley Cup Final in their inaugural season. Those clauses forced teams into uncomfortable situations, exposing players they were not prepared to lose.

Players with “no-move clauses” must be protected, unless waived by the player. No player is under obligation to waive.

Out of the 60 players with “no-moves” in 2017, only two players agreed to waive: Penguins goaltender Marc-Andre Fleury (selected by Vegas) and Winnipeg Jets defenceman Toby Enstrom.

The Jets then left Enstrom exposed, but worked out a trade with Vegas that ensured Enstrom would not be taken. In exchange for taking Chris Thorburn, the Jets swapped first-round picks with the Golden Knights.

There were other “no-move” clauses that spurred deals.

Because the Minnesota Wild were required to protect Zach Parise, Ryan Suter, Mikko Koivu and Jason Pominville, they traded Alex Tuch to entice Vegas to take Erik Haula - rather than exposing Matt Dumba or Marco Scandella.

The New York Islanders needed to protected John Tavares, Andrew Ladd and Johnny Boychuk, resulting in Ryan Strome being exposed. So the Islanders sent their first-round pick (Erik Brannstrom) to Vegas so the Golden Knights would take goaltender Jean-Francois Berube.

The Columbus Blue Jackets were forced to protect Brandon Dubinsky, Scott Hartnell and Nick Foligno, so they traded their first-round pick (later Vesalainen in Winnipeg) and 2019 second-round pick (later Kings top prospect Samuel Fagemo) along with David Clarkson’s contract so Vegas would select William Karlsson instead of Josh Anderson.

Given their expensive contracts and ages, some players - such as Milan Lucic, Brent Seabrook, Zach Parise and Erik Johnson - are expected to be asked based on their unlikeliness of being claimed by Seattle. Others may be convinced for the good of the future of their team.

But they are under no obligation to waive, having earned the clause.

Here are the 48 players currently required to be protected in the Expansion Draft, according to CapFriendly.com, listed by position with details remaining on their contract after this season: