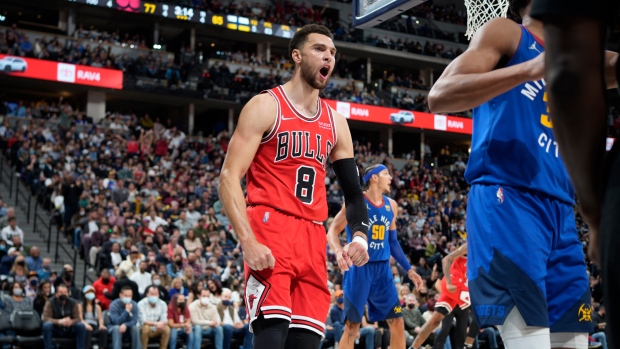 For the past three seasons, it’s been the usual suspects at the top of the Eastern Conference.

Early on this year, there are three potential new contenders on the block looking to disrupt the power balance.

Milwaukee, Philadelphia, Boston, Brooklyn, and Indiana have been in the picture since 2018-19, while Toronto went from back-to-back second seeds to falling back into the lottery. New York and Atlanta were the unexpected risers last season.

Ring in Chicago, Washington, and Charlotte – three perennial lottery teams staking their claim as franchises of the future; all winning in different ways.

Let’s look at their odds from preseason versus today and break down how they’ve been thriving.

The highly criticized off-season acquisition of DeMar DeRozan is turning into the smartest move of them all. He’s brought a veteran presence to a young Bulls core who all play with a chip on their shoulder. DeRozan and Zach LaVine both rank in the top 10 in scoring, leading the team to a top-15 offence.

Every article you dig up doubting their chances for 2021-22 cited their defence. Nikola Vucevic isn’t a rim protector. DeRozan and LaVine have never defended. They don’t have enough size. Well, head coach Billy Donovan has instilled a switching-heavy defence with all players working in unison beautifully. They’re currently ranked 11th in defensive rating, well above consensus expectations and evolving into a legitimate two-way team.

Any time a coach is responsible for shepherding an overhauled roster, they naturally get amplified praise for any success they achieve. With the Bulls at the top of the conference, there’s a reason he’s priced second for this award behind Golden State coach Steve Kerr. Even though the Warriors are steamrolling the NBA right now, it’s mostly the same players to manage.

COTY is one of the harder awards to measure since we can’t evaluate what’s happening in the locker room and sideline, but if they can go from bottom feeders to a top-four seed, it’ll be tough to ignore his impact.

After making a late-season surge led by Russell Westbrook, the sub .500 Wizards slipped into the eighth seed and were pummeled by Joel Embiid and company in the first round. Now that Westbrook is a Laker, the Wiz have a more balanced roster and play a style more akin to the modern game; they are the epitome of ‘three-and-d’ basketball.

They currently have the fourth-ranked defence in the NBA after finishing 20th in 2020-21. While their three-point shooting percentage has dipped, that’s almost entirely attributed to struggles by Bradley Beal.

The team is collectively shooting 37.8 per cent of their field-goals from beyond the arc, a 6 per cent bump from last year. With Kyle Kuzma, Spencer Dinwiddie, and Kentavious Caldwell-Pope injected into the starting five, they have four legitimate threats ready to hit a dagger three at any time.

I mentioned two of the three players traded for Westbrook above but the most important one is Harrell. After an out-of-body year with the Lakers, the 27-year-old is proving doubters wrong, averaging career-highs in rebounds, assists, field-goal and free-throw percentage. His 17.5 points per game would be the second best of his career.

Of Washington’s top-10 lineup combinations (ranked by plus minus), he appears in eight of them. Even though Daniel Gafford plays in the starting five and is their defensive stopper, Harrell owns a better defensive rating and has re-emerged as a Tasmanian Devil-like force in the paint.

After making it into the play-in tournament last season, Charlotte has maintained its upwards trajectory on the offensive end going from 14th to third in three-point percentage and ranking second in points per game, just behind Golden State.

Unfortunately, the offensive gains have been offset by their defensive regression. They’ve dropped back into a bottom-10 defence and are giving up the third most points in the paint and second-chance points. Mason Plumlee was brought in to protect the rim, but beyond him, the roster gives up a ton of size.

Many expected the sophomore leap of LaMelo Ball to be the storyline of Charlotte’s season but it’s Bridges who has stolen the spotlight. His rim-rocking jams and improved bag of tricks around the paint have elevated him to a level few expected. Just look at that preseason MIP price.

He hinted at his potential late last season after joining the starting five, averaging 18.6 points per game as a starter versus 10.4 off the bench. Go watch his highlight reel on YouTube and you’ll see why he’s thriving. Having Ball as a running mate will secure his place on all ‘dunk of the year’ lists this season.