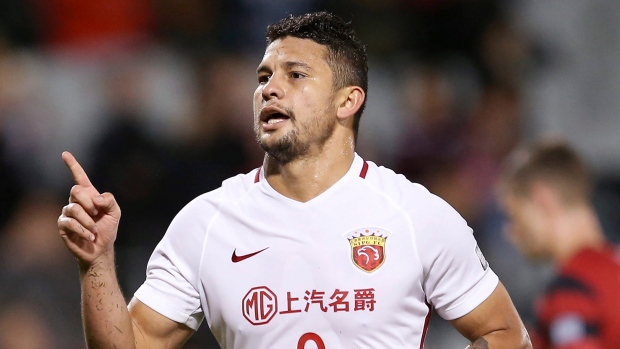 The preliminary playoff in China took place despite the deadly virus outbreak which originated in the central city of Wuhan. No spectators were allowed in Shanghai’s Yuanshen Stadium as Chinese authorities attempt to contain the virus. Buriram attended the news conference on Monday wearing face masks.

Li Shenglong opened the scoring after 77 minutes. Then big-money strikers Hulk and Arnautovic, signed from West Ham in July, both scored in stoppage time.

Elsewhere in Asia, Melbourne Victory defeated Kashima Antlers 1-0 to move into the group stage where they will be joined by FC Seoul. The South Korean side defeated Kedah of Malaysia 4-1.

FC Tokyo also overcame the challenge of Ceres-Negros of the Philippines 2-0.

The group stage starts on Feb. 10.